Sakurai explains discusses why he left HAL, and how Smash Bros. allows him to create new things 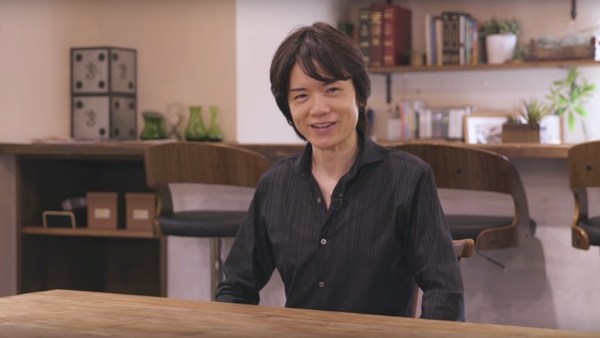 Many know Masahiro Sakurai as the creator of Smash Bros. Ultimate, but he is also the creator of Kirby. Over the years, some have come to believe that Sakurai left his position at HAL because he grew tired of the expectations of creating sequels for Kirby time and time again. In an interview with EDGE, Sakurai clears the air about his departure from HAL and working on Kirby. He also touches on how working on the Smash Bros. series allows him to create new things.

“There’s been some kind of misunderstanding about that. I never said that I didn’t want to make Kirby games. I think what I talked about in the past, about it being difficult to create a new game if I just stayed at HAL has been twisted somehow. I wouldn’t mind working anywhere as long as I get to create new things. I’m making Smash Bros. because Nintendo has asked me to, and because I feel it’s a project that I should prioritize above all else if I’m asked to do it. If I create a new game, that may be one more great, fun game people can play – but by making Smash Bros. I can create something with more value and wide-reaching effects. However, I definitely don’t feel like I am stuck in a rut doing similar things. Every time I add lots of new things, and I feel that it’s a job I always enjoy.”

In before that Connacht man spouts nonsense about Sakurai.

I’m glad he has the autonomy to do what he wants with Smash. Nintendo seems to be good at letting franchise leaders have certain amount of autonomy.

Nintendo: 'We're gonna make a Smash Bros sooner with or without you.'

He already admitted he'd do it when they asked, so that's pretty sweet... though I'd really prefer that they just keep expanding Ultimate for a long time.

I always thought it was because he wanted to save HAL from making new Smash entries endlessly.

Yeah, then they wouldn't be able to make Kirby entries endlessly. Teehee.

I like Kirby games but it would be really nice to see a big new hit game out of the studio that gave rise to Iwata and Sakurai.

So, you’re telling me Kirby Super Star 2 isn’t out of the realm of possibility?

You ought to start knowing who Shinya Kumazaki is. Do ya good. ;)

If you are so Keen to working at new projects, then why not work permanently at Nintendo? They will make sure you can work on new projects and plus they will supply your retirement fee as well.

What's the point of being a third party studio if you only develop Nintendo games, might as well work for them

It’s probably because Hal is a shell of what it was in the 80s.

Hal used to make games that put the rest of Nintendo to shame.

Well we won't realistically get or need a new Smash Bros game for 7-8 years, so Sakurai, it's time to cut loose and show us something truly new.