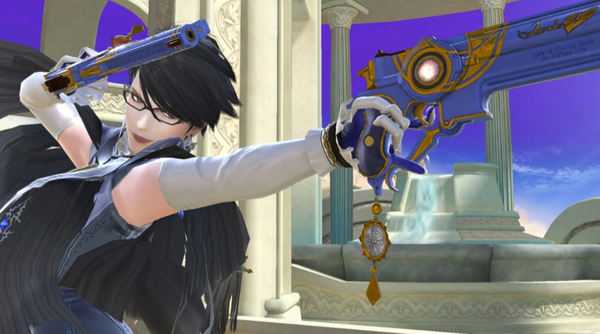 Over the last few years, Platinum Games and Nintendo have become very close with one another. This is through multiple collaborations, including the addition of Bayonetta to the Smash Bros. roster. In the blog below, Platinum discusses not only Bayonetta's inclusion in Smash, but the various work that was done on music for the game.

Super Smash Bros. Ultimate, the latest entry in the beloved Super Smash Bros. series, hit store shelves on December 7 of this year! Bayonetta made her Smash debut in 2016, in Super Smash Bros. for Wii U and 3DS. Now she’s back for Ultimate – and she’s brought her pal Rodin, gunsmith to the gods, along as an Assist Trophy.

Bayonetta’s Smash Bros. arsenal is familiar to anyone who’s played Bayonetta or Bayonetta 2. In addition to summoning massive, demonic limbs into the battlefield for smash attacks, Bayonetta uses Scarborough Fair – her iconic set of four handguns (err, hand-and-footguns) – for thrilling Bullet Climaxes, and she can even slow her opponents’ movements with Witch Time. Her silky-smooth combos and climactic special moves make her a unique addition to the Smash Bros. roster.