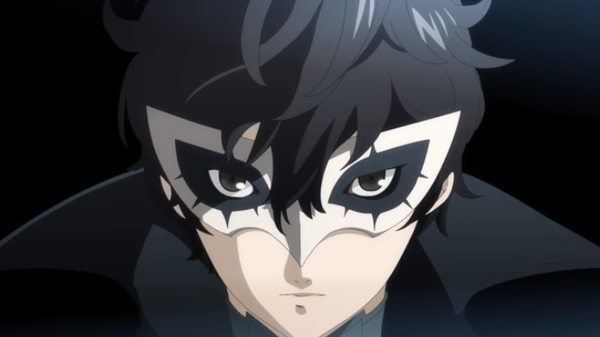 Another week, another feature from Masahiro Sakurai in Famitsu. Check out the blurbs below to see what Sakurai had to talk about this week. Translation courtesy of NintendoEverything...

Early on in release day, we revealed that Persona 5’s protagonist, Joker, is going to join Ultimate’s roster as another fighter. Joker is the first of Ultimate’s DLC characters, so the character isn’t at a stage in development where he’s playable yet. That being said, development has been progressing soundly. As readers familiar with my columns may already know, I personally have a lot of respect for P5. I really think that working on this character has been an endless source of motivation for me.

Nintendo had first approached me with a request: “We want you to reveal that Joker’s in development at The Game Awards 2018.” The timing wasn’t bad at all, it really was what made the flower that was Ultimate’s release bloom. Of course, I hadn’t even started on development at that point, so there wasn’t any gameplay we could show off.

On Ultimate's popularity and thanking fans

Now that Smash Bros. is on sale, it has been incredibly popular; I’ve gotten so many thank you’s and appreciative comments from all over the world! I’m the one that should be thanking you!! Seeing everybody play the game… I’m lucky to have worked on it, now that it’s over.

On the other hand, now that Ultimate is out, is the online matchmaking system not working out well? I’ve got my own suspicions, so I’m going to look into it some. I’d like to make adjustments wherever possible to fix it wherever it needs fixing. Though, by the time this column is published, it’ll probably be old news already – I’ll keep doing my best one thing at a time.

Thank you for your hard work on this game. This is truly the best Smash Bros game ever!

I’ve had no major issues online...it’s smooth 99% of the time (can count amount of laggy matches I’ve had since launch on one hand) and I generally get the rules I’ve picked. Guess I’ve gotten lucky since so many people seem to be hating the online.

The online complaints are minimal. Some in the gaming "press" like to amplify small problems.

No, the banning system is broken. I got banned from some games where the opponent disconnected. I had an hour long ban after my first comm error

How about bringing back the For Fun/For Glory systems. They weren't perfect, but it catered to all players without much issues.

I wouldn't say it catered to everyone at all. For fun was genuinely nothing but taunt parties. Smash 4 had no in-between for its online modes, unlike Smash Ult. I can finally have a somewhat serious match on a real stage.

I'd still rather have Ultimate's online than Smash 4's tbh

The online is very hit/miss or 50/50 half the time I will get near perfect matches with only slight input lag and other times its a full slideshow with a second delay of input lag.

I've yet to have a match where their is 0% input lag though..

I'm in this exact same boat.

It's nice to know that Sakurai is really happy working on this character.

Online isn't too bad at the moment.

I want to be able to block stages from random in hazards off, be able to taunt, and be able to switch characters while fighting the same person. Oh, and a squad strike option would be amazing online too

Yes! I hope they do this. The squad Strike would be a lot of fun online.

And hopefully change characters is on their top because I thought it was weird how we couldn't change on rematches. Maybe have a shoutout to say 'same characters'

The only matchmaking bits I hate are Team Battle shit but I don't even have that issue much. Since the latest patch finding FFA Pokeball/Smash/Trophy Item matches with only 2 stock is super easy and I really enjoy it. Unlike those who want super boring 1V1 Itemless all the time I like shaking things up and having fun. (Though I still play 1V1 for friends and such and enjoy it plenty)

Gotta admit it's SO FUNNY to see players rage when it gives me a 1v1 match but because I turned items on items appeared and some folks ended up not wanting them, so instead of playing the best they can and having fun they just SD or outright ragequit XD

Judging by this comment section's user experiences, making online a paid thing has ensured the most stable experience ever to the latest Smash game, improving the progress achieved with the 3DS and Wii U gam-oh wait, still a peer-to-peer online matchmaking- it's just like it was before!

Almost as if I called it or something!

You don't want dedicated servers for Smash, or any fighter. And news flash: SONY AND MS STILL USE P2P CONNECTIONS FOR ONLINE GAMES OR THIRD PARTIES DO! PAID ONLINE HAS NEVER, AND WILL NEVER EQUAL DEDICATED SERVERS

Answer me this, then: is it fair game for the Sony and Microsoft console players to be forced to pay to play for P2P online multiplayer the same? And at bigger prices per year no less?

I'll stick with my stance til the end of time: paying that extra tax to play P2P online multiplayer matches on home consoles is a sham. Nothing will change unless more people will decide to rise their heads and refuse by paying an exra bit for nothing being added/detracted to the online multiplayer experience.