Do you know about the Zelda: Breath of the Wild 'bookcase challenge'? 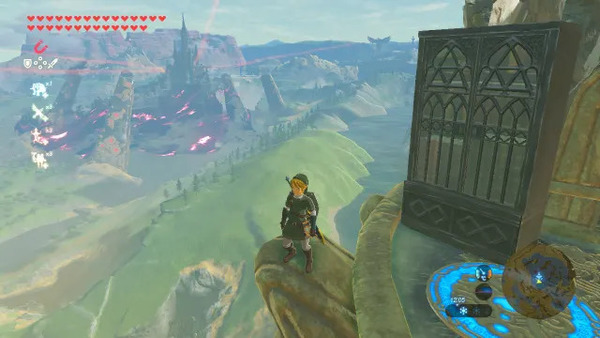 The Legend of Zelda: Breath of the Wild is coming up on its two-year anniversary. By this point, fans have picked through every nook and cranny the game has to offer. Every battle has been waged and every sidequest fulfilled. What's a fan to do when Hyrule is completely and thoroughly saved? Lug around a bookcase, of course!

Breath of the Wild fans have come up with a new way to have fun, and it's called the 'bookcase challenge.' It all started when one fan decided to grab a bookcase from Hyrule Castle and lug it with him to his house in Hateno Village. That inspired countless other players to collect the same bookcase and take it on adventures. The bookcases in Hyrule Castle have now traveled all throughout Hyrule, and have been tucked away in personal homes, taken to the highest heights, and dangled off precarious ledges.

It's obvious Zelda fans are hungry for any tidbit of info on the next game in the series. Until that news comes along, it looks like the 'bookcase challenge' will have to keep people busy!

No, I hadn't heard of it. This sounds hilarious. A lot of effort for not much return. The bookcase will disappear on the next loading of the game, I presume.

It's either on loading or on the Blood Moon.

Definitely an interesting way to add some challenge to the game.

You know a game's good when people starting making challenges like this. I think it stems from people enjoying a game so much they want more things to do even after it's all over.

I wonder if anybody has hauled the bookcase to Eventide Isle.