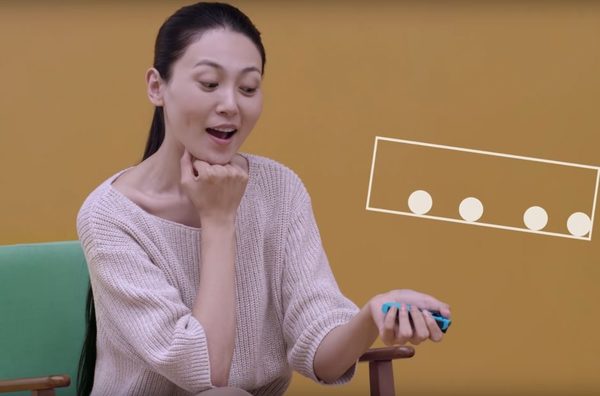 Some developers seem to have trouble implementing HD rumble in their Switch games. If they're going with a more standard rumble approach, we often see games where the rumble is too loud/buzzy. It would lead you to think that implementation of rumble/HD rumble was rather difficult, but another developer says that's not the case. We learn how easy it is to utilize interesting HD rumble from developer Daylight Studios, via a NintendoSoup interview.

For the rumble feature, I can use any kind of sound effect I have in the game and generate the rumble effect. So it will actually follow the exact wave pattern. It is so easy to use, I can just input a sound effect and output the rumble.

It makes you wonder why some developers don't bother with HD rumble, or seem to struggle with rumble implementation in general.

But what happens in a few years time when the mice inside the Joy-Cons die? 😉

Perhaps the mice are pro-creating in your joy con.

The rain in Rain World is downright bone-chilling with HD Rumble. It's one of the most intense rumble I've ever felt.

I feel very vindicated right now, since that is pretty much exactly how I imagined it worked. Especially after people started discovering the rumble cues that made audible sound effects.

It's not exactly 1:1, but it's VERY CLOSE. Close enough that it only needs about one line of code to do the conversion.
What follow is only from memory, from what I know of an early version of the API, so there could be changes/discrepancies:
There was two ways of using the rumble:
- Manually set a rumble level. A simple function cal that take a number (I think it was 0 to 1).
- sending a 3D wave file or something. I'm not a sound guy, so it didn't click to me right away, and didn't get to try it out myself, but it looked like a custom file that could be created from a sound file with a converter available in the API.

I guess most devs that end up having troubles only use the simple function call, because it's the closest one to traditional rumble, but the way it works, they would need more fine-tuning than normal rumble to have a "good" basic one. I have the feeling some of them just set it to 1 (or the largest value) and called it a day, because that's how it works on the other platforms.

Interesting. Thanks for the insight!