Respawn would love to bring Apex Legends to Switch, but have 'nothing they can currently talk about' 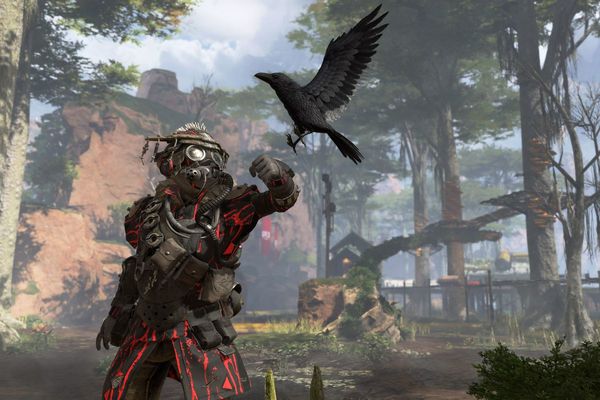 Apex Legends is the new free-to-play Battle Royale game set in the Titanfall universe. While the game was leaked just a few days back, it's already available on PC, PS4, and Xbox One. What about a Switch release? According to Respawn lead producer Drew McCoy, the team would love to bring Apex Legends to Switch, but there's "nothing [they] can currently talk about" pertaining to that.

Last time we heard about anything Titanfall-related for Switch was when one of the dev team members openly laughed at the idea of bringing the series to Switch.

Otherwise Fortnite and Epic Games will just clean their clocks like how they cleaned Activision and Call of Duty's clock (Fortnite is taking all the Nintendo money Activision left).

EA thinks it's cock of the walk cause it made big money selling idiots Madden and calling it a video game.

You don’t have to act pompous because you don’t agree with Madden’s business practices.

Hey now, what makes Madden less of a video game than something like Tomodachi Life?

Shareholders won’t gove a shit about the switch since it’s not that high of a priority to the point they NEED to have a game on it. It’s fully within their choice even if the lack of madden is totally stupid and makes no sense

Convinced something went completely awry during early Wii U talks. That EA Origin implementation on Wii U going tits up story seems likely. Just bizarre considering they supported Wii so heavily with multi platform sports games (often making versions for Wii from the ground up) and exclusives like Boom Blox and Dead Space Extraction. Say what you want about EA today and of their output on Wii but I loved a lot of what they were doing back then. Skip to Wii U and we got Madden and FIFA at launch and then NFS:MWU and then...that was it. Something went completely wrong. Now there’s Switch selling brilliantly and they chuck a sub par FIFA on it each year and call it a day.

Maybe it’s nothing and they just don’t see enough money in Switch. They did nearly the exact same thing with PSVita as they did with Wii U; a couple of FIFAs, a Madden game and Need for Speed Most Wanted. But Vita was dead on arrival while Switch is selling great. Considering EA’s attitude and recent releases I don’t care much that they aren’t working on Switch (other than no NHL game happening yet on it being criminal) but I would still love to know why they’re just not interested. If this Titanfall game could run on it, why not? I’d understand pulling the plug on Switch support if their efforts didn’t perform but when you’ve barely made one at all it makes no sense to ignore it.

They just don't release as many games as they used to, so there's less to offer switch. Everything is high end games of service, they've mostly moved away from mid tier development

My guess is like with the 3DS, they don’t care about handhelds and just skip over it for the “real systems.” as AAA devs consider. I also think the Switch is wimpy in some regards,but it’s pretty telling for their mindsets when they didn’t even bother helping simple, portable friendly games like Unravel Two get on it, or a Madden made for Switch since FIFA did very well and the 3DS even had one for crying out loud. I bet Fe only got on Switch due to the developer pushing very hard for it

Agreed on Fe, my guess is EA weren’t involved from the very beginning and Switch plans were already in place by the time EA became publisher.

History of EA not caring about handhelds may be the case, though Switch is leaps and bounds beyond any handheld generation before it. I can understand why things like Anthem won’t come to it, for as capable as Switch is there is a limit and I think their higher tier games probably go beyond that (speaking as someone who has no idea just how much it could actually handle, maybe it could, maybe not). But I just still don’t get why their other sports games or their smaller things like Sea of Solitude are skipping it entirely. Even Burnout Paradise Remasters which ended up being a direct port of a 360/PS3 era game with very few changes (if any) skipped over Switch, something that should have been able to run it perfectly fine. They are indeed a different company to who they were a decade ago, and their focuses today are completely different, but it still baffles me that they ignore Switch when they have games that that could work on it just fine. There could be a huge market for them on Switch but if it exists they won’t know it’s there because they’ve given it so little.

All that said, I’d rather them support Nintendo consoles after a major shakeup happens at EA which I’m hoping is an inevitability. They’ve become deplorable in so many ways that I hope it’s just a matter of time before their bubble bursts and people stop supporting their garbage practices and force them to change. I hope, anyway.