RUMOR - Erron could be returning for Mortal Kombat 11 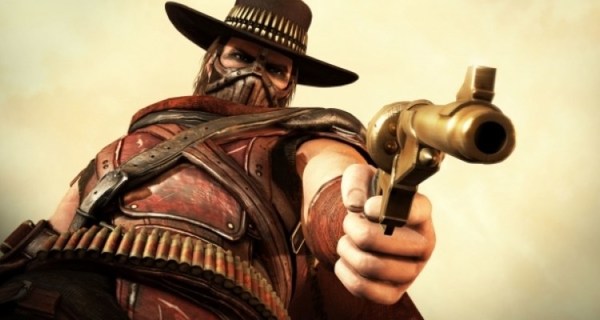 Buckle up, partner. We've got another Mortal Kombat 11 rumor for you, and this one pertains to the potential return of a classic character.

The Mortal Kombat 11 listing on Steam has been sifted through by various dataminers, and they've come up with a list of 12 hidden trophies for the game. These trophies are awarded to players for completing fatalities with different characters. In the list we see obvious character mentions through file names. For example, we FATALITIES_WITH_RAI, which obviously pertains to Raiden, and FATALITIES_WITH_BAR, which relates to Baraka. Following this naming scheme, dataminers have decided that the listing that reads FATALITIES_WITH_ERR most likely relates to Erron from Mortal Kombat X.

Again, this is just speculation for now, but it's really not a big leap to make. With plenty of classic characters yet to be revealed for Mortal Kombat X, I think there's a good chance Erron will get his time in the spotlight soon.