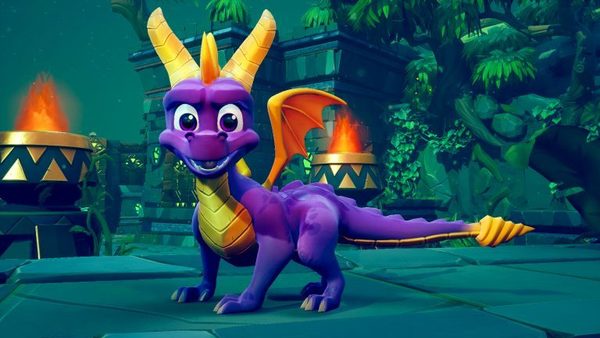 Here we go with this story again! Will Spyro Reignited Trilogy come to Switch? It's been a debate for quite some time, and now the latest bit of evidence comes from GameStop Germany. The retailer just added a listing for a Switch version of the game, and they say it's coming out on Aug. 16th, 2019. We'll reach out to Activision for comment, but it's likely they won't have anything to say.

Thanks to OperationGamer17 for the heads up!
Submitted by: operationgamer17
Source: Link
Rating: 3

Maybe listed ahead of a potential reveal in the rumoured Feb. 13th Direct? That's quite the stretch but that's possible!

You might be spot on if there is a Direct soon, Rudy. I never believe in rumours, but a lot of Direct timing rumours have been spot on, so I would not be surprised to see this Direct happening. And it's pretty obvious by now that Spyro is hitting the Switch.

There are a lot of recent leaks that have been retracted right after like Darksiders Warmastered Edition, supposedly coming in April, the trailer leaked from THQ Nordic themselves and was removed soon after. Would make sense for that to be announced in a Direct. Then, there's plenty of games for which we do know they're coming. and that they're coming soon, but we have no dates for them, for most titles in the first half of 2019. A Direct has been overdue for some time already so it just would make sense to get one in the very near future.

This is coming to Switch, it's just a question of when. The Crash Bandicoot N. Sane Trilogy did, so this is no bother.

While I'm not too surprised that it is coming I'm worried that they haven't fixed the issues with the game yet especially some issues with Spyro 3. The question is will the game be in the cartridge or will they cut corners as they did with the XBO and PS4 versions and just have the first game on disc.