The Cow Game coming to Switch despite failed Kickstarter 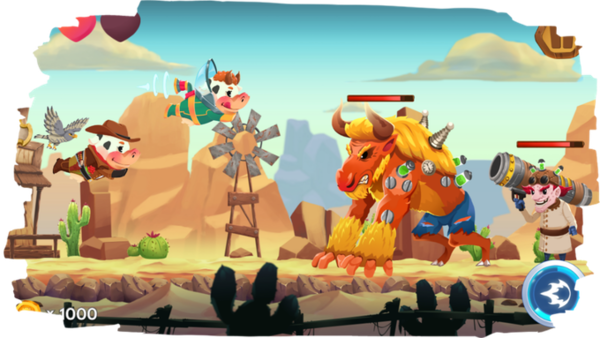 The devs behind The Cow Game were looking to raise $45k on Kickstarter to bring their game to a number of platforms, Switch included. Unfortunately the Kickstarter didn't come anywhere near close to hitting that goal, but there's a silver lining. According to the devs, the game is still Switch-bound anyway.

Hello, guys! We want to say thanks to each and everyone of you for your support. We are glad to announce that the release will be done no matter what, the game will be playable on Nintendo Switch, iOS and Android!

Indie devs are jerking around Switch owners. It's like I was saying on a previous news story: It doesn't take a monumental amount of money to port your game to Switch, but Kickstarters keep asking for it. And they want their game on Switch anyway.

RUMOR: Tomb Raider: The Ultimate Experience, a collection of Tomb Raider games, might be heading to Switch
Jul 10, 08:31 by aussiemcbucket
Don't Get Caught might be the weirdest, most uncomfortable game coming to Switch yet
Jul 10, 08:30 by ngamer01
GungHo says they thought a lot about the 'stereotypes and prejudices surrounding ninjas' when making Ninjala
Jul 10, 08:00 by enthropy
Pokemon Smile updated to Version 1.0.4
Jul 10, 06:35 by laiceaterna
Xenoblade Chronicles: Definitive Edition Version 1.1.2 English patch notes released
Jul 10, 05:08 by rudyc3
EVO Online 2020 officially cancelled
Jul 10, 04:39 by sinders