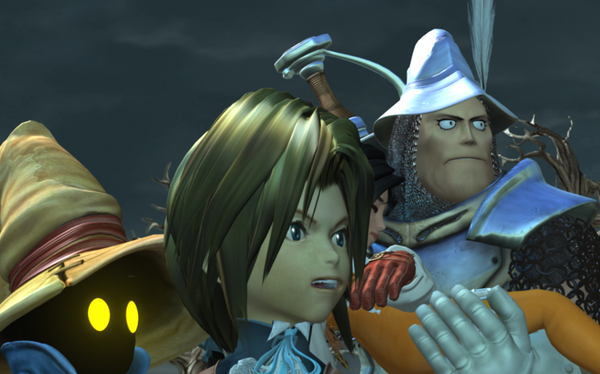 Final Fantasy IX has a bug on Switch that isn't huge, but it can certainly become annoying to audiophiles. While playing through the game, you might start to notice that music tracks will restart following each and every battle. This isn't supposed to happens, as tracks are meant to pick up where they left off after a battle. The really bad news is that this bug has very little chance of happening.

The same music bug was present in the PS4 version of the game, as well as the PC and mobile versions. If Square-Enix didn't fix the bug on those platforms, then it's likely the bug will remain on Switch as well.

"The really bad news is that this bug has very little chance of happening."...???

"The really bad news is that this bug has very little chance of happening."...???

As a programmer this is bad, as they are hard to track down and fix but i doubt this is what he means. He probably meant to say that it IS common lol but idk

Played through this on PC a while ago and I can't remember if the issue came up of not. It's really not something that should keep you from buying if you haven't played it before.

The game's OST is great btw.

Seems like a very minor issue but it's unfortunate nonetheless

I played through it on PS4 just fine. I love the soundtrack and it didn't bug me that much. What's worse is complete lack of analog control as you're locked to just 8 directions, that makes some things a bit annoying.

Of course. It's a dirty port as should have been expected from Squeenix. They're the EA of Japan.

Square Enix really was super lazy with this. Nintendo would have brushed up the graphics and fixed bugs and made it a great experience for 2019. Square Enix doesn't seem to care and just wants to make some easy money. I am very disappointed with the graphics. I didn't know it looked so outdated.

I hope the reason behind them starting with 9 and not 7 is because they are going to add the same gameplay perks in 7, and by that I mean the options that let you max out your level and speed up the game. FF9 has 7 different options, when the ps4 version of ff7 only has 3 I think, so it would be nice to fix that up.

After reading this article I actually don't have much hope they will, since they seem to just go for quick ports.