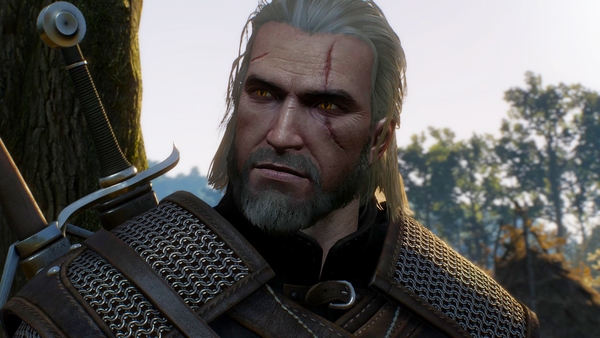 Some time ago, there was a rumor about Witcher 3 being brought over to the Switch. The rumor came side-by-side with the original rumor of Assassin's Creed III Remastered coming to the Switch as well. While it took some time, the Assassin's Creed III Remastered rumor panned out. Now there's some new evidence that points to a possible positive conclusion for the Witcher 3 rumor.

CD Projekt Red recently posted a job listing for a Software Engineer, and the listing includes mention of Switch. The listing itself is from GOG Galaxy, which is part of CD Projekt Red. If Witcher 3 isn't the game all of this is related to, we honestly have no idea what game could be in the works!

Thanks to Sligeach_eire for the heads up!
Submitted by: sligeach_eire
Rating: 4

Doubt that TW3 would be able to run in an acceptable form on the Switch. There is also Thronebreaker and Gwent which would port nicely to the Switch, so I find those much more plausible than TW3.

Like GRCPan said it could be Gwent or Thronebreaker, or maybe a port of Witcher 2 Enhanced Edition. But if they do get Witcher 3 running on Switch at at least a stable 30 FPS and not that much of a sacrifice to the visual style the game goes for then I would be quite surprised. We can probably go ahead and say "no" to Cyberpunk for sure, I'm not even sure if that game will even be on PS4 and Xbox One to begin with (maybe it'll be cross-gen but I feel certain if that's the case the PS4 and Xbone ports will have some serious graphical downsizing just to maintain a stable 30).

I can't see this happening at all, honestly.

thats what i thought too. makes a lot more sense and is soooo much easier to port

I said this would happen before the Switch came out when CD Projek Red said they were really impressed by the hardware.

Maybe on the Super Switch or Switch 2 or whatever comes next? But I don't think the pint-sized powerhouse we have now is quite ready for a world like in Wild Hunt without it being reworked from the ground up.

While a portable Witcher 3 would be neat, I feel like CDPROJEKT should wait until the Switch Pro/+/whatever comes along. The current specs wouldn't be able to do the game justice.

Fingers crossed for a Switch Plus announcement at E3! I would buy it, if ports of TW3 and the like would become possible.

Maybe it has a bigger chance than RDR2, but I still oubt it.