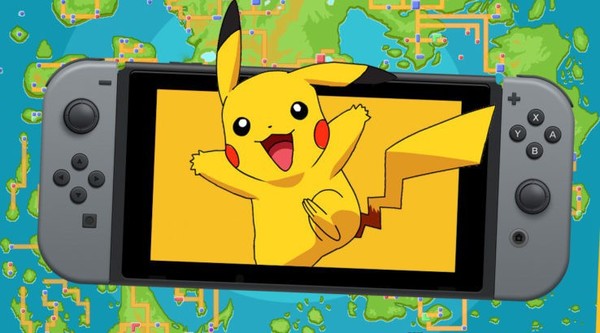 You're looking at a Tweet from Junichi Masuda, director of Game Freak. Looks like a simple Pokemon GO screenshot, right? Well fans have seen the above image as a gateway to all kinds of speculation about the next Pokemon games coming to Switch. Ready to go down the rabbit hole?

Fans have taken all the numbers in the above image and poured over what they could possibly mean. Here's what they've come up with

- CP 199 refers to Slowking (PokeDex number 199)
- 4.16kg refers to Vespiquen (Pokedex number 416)
- this hints at the Pokemon Switch games being called Pokemon King and Pokemon Queen
- the length of the Weedle is 0.33m, which might be referring to Nidoran (PokeDex No. 33)
- Nidoran’s final evolution is Nidoking
- the 226 candies refers to a Feb. 26th, 2019 reveal for the games

Of course, there are even wilder tinfoil-hat theories about these numbers, but what do you think? Is this a tease of things to come, or just a simple Pokemon GO screen?

I think this is nothing more than people finding what they want to see.

That being the case, that's a lot of coincidences.

I think it’s just a coincidence.

But goes to show people are hungry for information about the next Pokemon games. If they’re due out this year it’s getting time to start hearing something.

King and Queen wouldn’t be terrible version names either. Better than X and Y in my opinion.

Well, if it is true and even if it isn't, we won't have to wait long to find out.

The only thing that stood out to me is that he has a Weedle that he named "Beedrill".

It's not really named Beedrill. This is Weedle's Japanese name, which according to Bulbapedia, it's written Beedle.