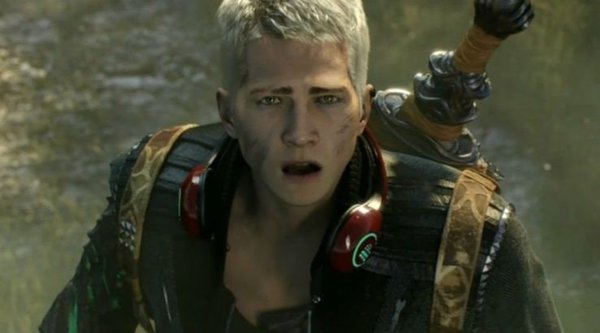 Could Scalebound, the cancelled Xbox/PlatinumGames project, be making its way to Switch? Has it really been resurrected by Nintendo? Many fans are hoping that's the case, but there's one interesting person who's not quite sure it's anything more than a rumor.

Jean Pierre Kellams, a former creative producer with PlatinumGames, shared the following message upon hearing news of this rumor.

Shit. I don’t know. I don’t work there anymore and haven’t talked to anyone about it, but I’d highly doubt this is a thing.
Obviously JPK has some insight into the inner-workings of PlatinumGames, even if he doesn't work there anymore. His comments do a bit to make the rumor less credible, but they certainly don't mean it's not possible. You'd have to imagine a deal like this would be worked on by the higher-ups, and kept quite secretive. I guess all we can do is sit back and see what happens!

So he doesn't know, doesn't work there anymore, and hasn't talked to anyone. Why exactly is this news?

Kellams has been a bit of a jerk in the past. Wouldn't surprise me if he just wants to troll folks that are hopeful for this to be true.

I mean he said he had to temporarily quit Twitter because of all the messages he's been receiving the past day, so I doubt he was trying to troll people.

I thought the rumor itself was a troll post to make people hopeful for something that isnt really coming. I want Scalebound but I don't know where the rumor started.

So he doesn't know, doesn't work there anymore, and hasn't talked to anyone. Why exactly is this news?

My personal theory is that if this is true -- and it's a big if, but considering how much I want it to be true I'm granting it as a possibility -- it's because of some horse trading done by Nintendo and Microsoft. As far as anyone knows, Microsoft owns/owned the Scalebound IP, so they would've had to essentially sell it to Nintendo in exchange for something they wanted. Which, if I were to guess, would mean a Microsoft rep in Smash, whether that's Banjo & Kazooie, Master Chief, Steve, who knows.

Hmmm. Nintendo pays for development (probably from scratch) and MS earns easy money because they own the IP? The game happens... Don't think they need anything in Smash. And aren't those Smash DLC characters already chosen?

I'm saying that if my theory is correct -- and again, all I'm doing is speculating wildly -- then A) this was all done long ago, meaning there was plenty of time to choose a character for Smash, and B) Nintendo bought Scalebound lock stock and barrel, cutting Microsoft out of it entirely. However, if that happened, I doubt they'd give up one of their IPs very easily, even if it's a dead one, so they needed something to sweeten the pot, i.e. hypothetical Smash rep. They know they don't have the IP to pull off a Smash clone, Sony learned that the hard way, and getting into the highest-profile game of your competitor's is a hell of a publicity gimmick.

I don't know, Mock! I think MS would rather just earn easy money since it's, you know, MS. We might never find out since this is a mere rumour anyway. I just hope it's true since Scalebound looked great.

As ever, NintendoDeath with a poorly written article. He's had far more to say. Here's just some of them.

I think he wants a break from Twitter now.

I don’t have a link to the quote, but Kamiya from Platinum games has stated that the idea of Scalebound initially started as far back as a Wii game. Now that was a long time ago, so the idea of Nintendo resurrecting this game based on this alone is flimsy, but the paths games take to release are always interesting.

Microsoft eventually purchased the rights to Scalebound as to have more games to appeal to a Japanese audience.

If Nintendo is giving them $$$$ to make it Switch exclusive, not to mention rescue it from the trash heap in the first place, there is no reason on earth why Platinum couldn't scale it back (if it really needs that) to work on Switch hardware.

They might have to build it from the ground up, but perhaps that is for the better since it had some development Hell. And anyway, the game actually started as Wii game.

True or not, I am happy to see Nintendo and Platinum working so close together.

If true though, then I rather have the game on Switch than not having it at all (and I have XO, PSP and Switch, so I'm good on that part).

The main protagonist in this game looks a lot like Taron Egerton.

I could see that.

I think he looks a lot like Dante from DmC (the last game, not the one soon to come out)

This game never registered on my radar for some reason, first I heard about it was the stories on GN this week.