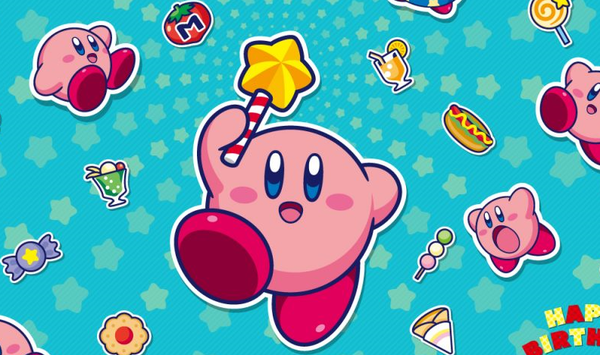 The 300th issue of Nintendo Dream is now available in Japan! The magazine launched all the way back in 1996, when it was originally called 64 Dream. To celebrate the 300th issue, Nintendo Dream asked readers to name the character they've most enjoyed throughout the years. You can find the full top 20 below!

What are Undertale characters doing on that list? They've been around for a couple years at most, haven't they?

I guess if you're 7 that accounts for a large amount of your life.

I am also surprised there are 3 of them on there. For such a small game, that's a huge chunk of the list, too

Japan REALLY likes Undertale, don't they? Yeesh. Surprised Samus is on there at all, though I'd imagine 85% of these votes are based on who they play in Smash.

Yay! My faves are on the list! I’m so happy!

Not a single DKC character yet again...smh...

Kirby has the ultimate hook to stay in people's lives. Cute, approachable gameplay for when you're a kid. Arcane horror boss battles for adults.

I'm actually quite sick of the whole "WOAH and you thought Kirby was for KIDS?!?!?! Then check out this EVIL DEATH BLOOD EYE that's from an EVIL GOD THAT WANTS TO KILL EVERYTHING!!! Kirby is so DARK AND HARDCORE!!!" thing.

Zero was novel because of how unexpected it was in a game otherwise depicted as a child's crayon drawing. Now every Kirby game that comes out tries to match that precedent by having the final boss be an overdesigned ultimate superdeath Cthulu's dad Mr. Kill monster. If they miss that, then they make up for it by having a dark backstory that usually borders on parody by being so cliche. Don't get me started on the lore that's become so dense with connections its rivalling dark matter (ha ha ha).

Kinda miss when Kirby just fought DeDeDe because he was being a dick, or a bunch of mice thieves who stole cake. More often than not, there's a greater villain behind these events, but it's usually just Dark Matter being a dick and causing others to be dicks. Not every single game needs to end with Kirby fighting Satan's older brother or Space Judas with an exploding black hole colon.

I honestly feel like I'm "re"growing out of Kirby. It feels like its trying too hard now, or maybe it just feels that way because the "cute game belies dark things" shtick has grown tired.

Because it was a poll on how much people like a character, not necessarily how well-known a character is.

And a spoiler: Japan loves cute round things

But Super Mario also has cute round things...