Chrono Trigger director explains why he got involved in Oninaki, and the advice he's been offering 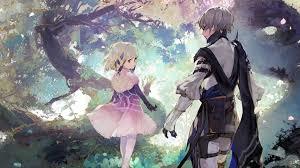 In the most recent Nintendo Direct, we found out that Square-Enix and Tokyo RPG Factory were working on Oninaki, an action RPG for Switch. Shortly thereafter, we learned that the creative producer on the project was none other than Tokita Takashi, the director of Chrono Trigger. In an interview with Famitsu, Takashi explains how he got involved with the project, and goes over the advice he's been offering.

Getting involved with the game

When Tokyo RPG Factory started and I heard they were making a new series of classical RPGs, I thought: “Well, well, sounds like you guys are getting into something interesting.” For a long time we worked together on some of the stuff for Chrono Trigger and also consulted on other projects, but I thought this time I would properly meddle in their plans! (laughs)

Advice he's been offering to the team

Traditional games didn’t have the expressive power that they do today, so those more serious episodes just didn’t feel all that real. But sometimes the player could bring those images to life with their imagination and those sorts of mental pictures stayed with them. Because nowadays it’s not like we are trying to express everything through images – we can go ahead and keep making more and more of those impactful episodes. For sure what we really want to create is a work that will emotionally affect the player and also stay with them afterwards.

This week's North American downloads - May 28 (Xenoblade, 2K collections and more)
May 28, 11:58 by gybones
GoNintendo Video - Xenoblade Chronicles: Definitive Edition Review-in-Progress
May 28, 09:41 by conangiga
Anime Expo Lite promo art features The World Ends With You, fueling speculation of the series' return
May 28, 09:28 by conangiga
Limited Run Games open to more 3DS releases depending on the success of the Atooi Collection
May 28, 09:22 by conangiga
Uta no Prince-sama Debut for Nintendo Switch launching on February 25, 2021 in Japan
May 28, 05:13 by manazuishou
Final Fantasy Crystal Chronicles: Remastered Edition to include an "Imitate" system, plus other new features
May 28, 03:56 by stevintendo