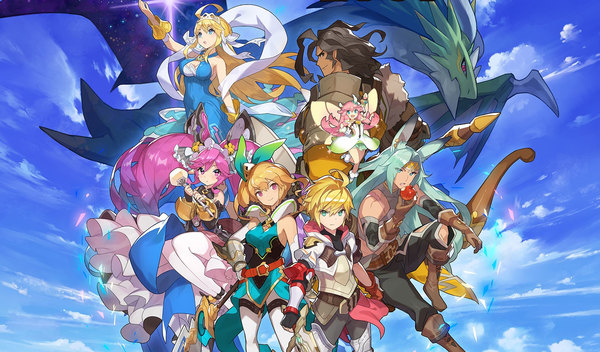 Sensor Tower is back with another check-in on Dragalia Lost. The game continues to do quite well for Nintendo, as a new monetary milestone has been hit. Check out all the details below.

- grossed more than the life-to-date revenue of Super Mario Run and Animal Crossing: Pocket Camp
- surpassed $75 million worldwide on the App Store and Google Play
- the game hit the $50 million milestone in early December
- Japan has accounted for about 65 percent of Dragalia Lost’s $75 million grossed to date
- the United States is its second largest market at 18 percent of revenue
- the title ranked No. 29 for mobile game revenue in Japan last month, while it was No. 120 in the U.S.
- in January, it generated close to $15.7 million in player spending

How interesting. Maybe this can be the advocate for more new IPs.
I found no incentive for paying to speed up Pocket Camp and I wasn't interested in a Mario experience on mobile, so I guess this news isn't surprising if others thought similarly to me.

Mario Run was a fun time. It was on sale for $5 and is really worth it to me. It's a shame people couldn't look past the regular cost.

To tell you the truth, I did want to pay for Super Mario Run, but Google's weird pay system didn't let me reedem my prepaid card.

Just recently I discovered it's possible to pay use other methods like PayPal or charging it to my phone bill. Will use one of these to finally play it on it's entirety and get Part Time UFO as well.

Nicely done. Now, how about releasing it in more countries?