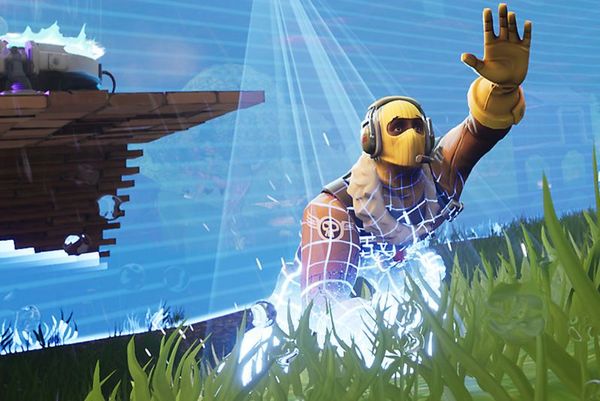 Remember when we shared the story of Brett Belsky, a teacher who ended up getting fired over playing Fortnite with his students? He did so to follow-through on a promise he made to two specific kids, saying he would hop in a game with them if they got their work done. The kids did their work, so Mr. Belsky held up his end of the deal and played Fortnite for 20 minutes. When the parents of one child found out, they reached out to the school's principal, and Mr. Belsky was subsequently fired.

We originally thought Mr. Belsky was going to move on, but that is definitely not the case. A lawsuit has been filed on Mr. Belsky's behalf in order to try and get his job back. You can check out some excerpts from the lawsuit below.

“As any great educator would do, Mr. Belsky sought the best ways to motivate and connect with his students. In the Spring of the 2017-2018 school year, Mr. Belsky overheard his students talking about an internationally popular videogame called ‘Fortnite.' At the same time, he found some of these students were not focusing on their school work. In sum and substance, he stated to them ‘…if you pay attention, and do well in class, you could play against me online.'

He wrote his username for the popular game on the classroom board. He also discussed this tactic, and another involving giving an autographed hockey puck as a reward, with the mother of ‘Student A,’ at a parent teacher conference. The report did not indicate that anything inappropriate took place between Mr. Belsky and the student. In fact, when asked about Mr. Belsky’s tactics with her son, the SCI Report indicated, ‘Mother A felt this conduct was appropriate and motivational.'”

Belsky is looking to renew the teaching license that he was stripped of, erase the allegations from his records, get his job back, pay his attorney fees, and receive back pay.

Good for him. It was a dumb move for them to fire him over something so trivial.

Hope he gets his way

It’s been my observation more often than not that school administrators are a bunch of weenies. Always making the wrong calls. I’m sure there are plenty of exceptions but I fail to see what this teacher did wrong other than being an awesome motivator.

Would love to have a teacher that awesome

Hm, I don't think I follow... What was the rule he had broken by playing Fortnite with the students?

Edit: Apparently, the school has a rule that teachers and pupils should not interact on the Internet unless it is about school work. But I still don't understand how it can be legal to fire someone for breaking such a rule.

Good. From what I can tell he simply tried to do right by these kids and the school fired him for what are probably all the wrong reasons, likely motivated by the extreme political correctness we're all suffering right now rather than anything else. Unless he was secretly trying to lure these kids into some sinister pedophile act or something like that, which I'm going to give him the benefit of the doubt (given the evidence provided thus far) and presume he wasn't, I do not for one second believe he should have lost his job over this.