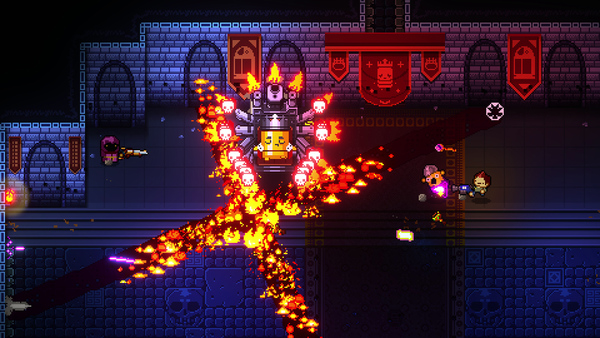 Well this is an interesting situation. Just the other day, Nighthawk Interactive announced that they'll be releasing Enter the Gungeon: Ultimate Edition. This is a retail version of the game, complete with some extra goodies. The thing is, this isn't the first we've heard of a boutique retailer offering a physical version of the game.

Quite some time ago, Special Reserve Games said they'd be doing a retail release for the title. With Nighthawk jumping in with their Ultimate Edition, does that mean Special Reserve's deal is over? Apparently not, as a rep for Special Reserve says that they're still going to release a physical version. I guess that means fans will eventually have two options to choose from for their retail copy? Seems a bit strange if you ask me, but we'll keep tabs on the situation to see how everything plays out.