Damn Nintendo and their ethics!
by rawmeatcowboy
06 March 2019
GoNintendoGN Version 5.0 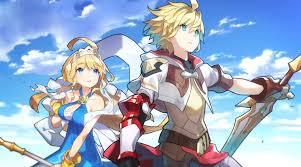 Nintendo does things differently from the rest of the industry. They always have and they always will. That way of thinking applies to Nintendo's mobile efforts as well, where they've approached game monetization in a number of ways. Some games have a flat fee, others have a more traditional revenue model. Nintendo has often said that they don't want to nickel-and-dime customers at every turn, and this isn't sitting well with one of their partners.

CyberAgent, the parent company for Dragalia Lost dev CyGames, has commented on their partnership with Nintendo. Dragalia Lost is doing well, but CyberAgent says it could do better. How could the game become more profitable? Here's what a CyberAgent rep had to say.

“Nintendo is not interested in making a large amount of revenue from a single smartphone game. If we managed the game alone, we would have made a lot more.”

In other words, Nintendo doesn't want their customers to view them as a company that's out to gouge as much money from them as possible. They'd rather experiment with revenue options through numerous games, and have consumers check out a bunch of them. While it's not good to have a partner a bit miffed with you, I'd say this should be a complaint Nintendo can be proud of.