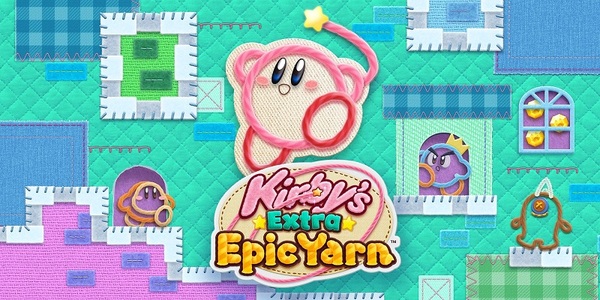 Kirby's Extra Epic Yarn has had its debut in Japan. Wondering how this 3DS port did? Check out details on the day one sales below.

- 20%
- lowish debut, but expected
- sales should improve during the weekend

You mean people don't care about a nearly decade old port on a system long past its use-by date? Imagine my shock.

Leave the past behind. Kill it if you have to.

Does that mean GoNintendo needs to go. It's far older than the 3DS.

In b4 "Would have sold better on Switch!"

Not even surprising for a port of a 9 year old game...

It was a nice game, it is a nice port, and I really enjoy it. Still, the 3DS' time is over.

You mean people don't care about a nearly decade old port on a system long past its use-by date? Imagine my shock.

Has there ever been a transition by Nintendo that wasn't messy and shameful? Why can't they be honest about when they're killing off support for something like the 3DS or Wii U? Why do they always gotta string along the newborn kids that don't know any better? Just to squeeze every last penny out? I know business is business as usual, but some transparency would be nice. That thing Reggie said about the 3DS getting support well into 2019 rings a little hollow now.

I guess it's a matter of not burning bridges if you can afford not to. Only thing I wish was that Nintendo continued the trend of releasing games for 3DS and Switch simultaneously.

There was no problem doing so with Sushi Striker and Captain Toad. Luigi's Mansion, M&L SSS, and Epic Yarn originally released for single screen systems.

They're not enticing enough for me to make my 3DS a regular part of my gaming life anymore, but they absolutely would've been Day-One buys on my Switch.

Considering Reggie is retiring, I don't see much of what he's said going forward is gonna turn out being true. It's already March 2019. There's a few 3DS games in the pipeline but we never really expected it to be that much this year. If anything most 3DS games coming out were probably too far in development to easily move to Switch.

They said that they are not seeing people have multiple switches in one room. Because of that and because of the 3ds being like dirt cheap, it's understandable why they still want to support it.

You know, would have loved it if they ported rainbow curse on 3ds instead of this one. How can they make the port work on switch?

Sony was honest and up-front when they said they were ending 1st party support for the Vita mid-gen. People were (and still) are very unhappy about that.

Maybe Nintendo's "stringing along" of the 3ds is bad, but most people who recently purchased it would rather have that than the total abandonment of the platform they bought into.

Yikes. People seem to just want the 3DS to die. I own a Switch but still play 3DS nearly every day while I'll sometimes go upwards of a week without booting up the Switch once. Lest we forget the 3DS was keeping Nintendo relevant during that epic fail known as the Wii U.

Not to mention that the switch has like 1000 games to choose from.

And its one of the only ways to play legacy content offline.

Not surprising at all.