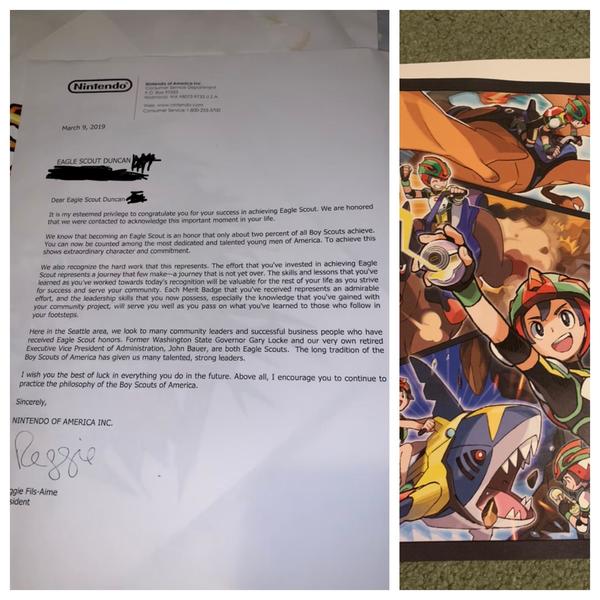 Nintendo really does seem to go out of their way for their fans. We all have our gripes about some decisions the company makes, but it's hard to argue that Nintendo isn't always trying to put some smiles on faces. That doesn't just go for the games they put out, but also the fans who contact them.

Redditor Link101700 is a lifelong Nintendo fan, and he also happens to be a newly-recognized Eagle scout. He reached out Nintendo to share news of both details in his life, and believe it or not, Nintendo responded. Not only that, but Reggie himself got involved with the response! I'm sure Reggie is more than happy to respond to letters like this while he still has time left at the company.

Who else read the letter in Reggie's voice?

Who else read the letter in Reggie's voice?

That's so easy to do... That really do sound like him.