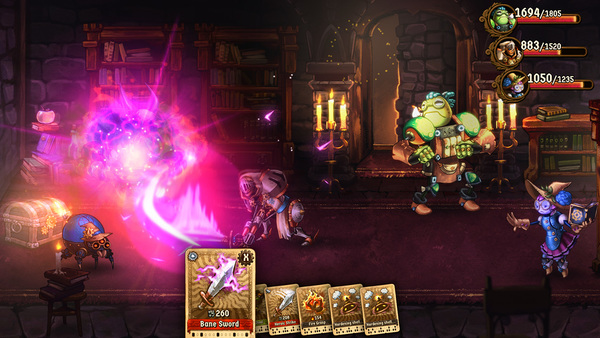 Plenty of us are eager to get our hands on SteamWorld Quest as soon as possible. Wondering when that's going to happen? If we're to believe Nintendo.com, the title will launch on April 25th, 2019. The story is a bit different on Twitter though, as developers Image & Form will only commit to a 'sometime this year' release date. Either Nintendo.com has their info wrong, or they let the word out a bit earlier than Image & Form wanted!

Two things that we do know for sure is the game's price point and future at retail. Image & Form has confirmed that SteamWorld Quest will be priced at $25, and also noted that a physical release is on the way. The game will be digital-only at launch, and the physical version will come later