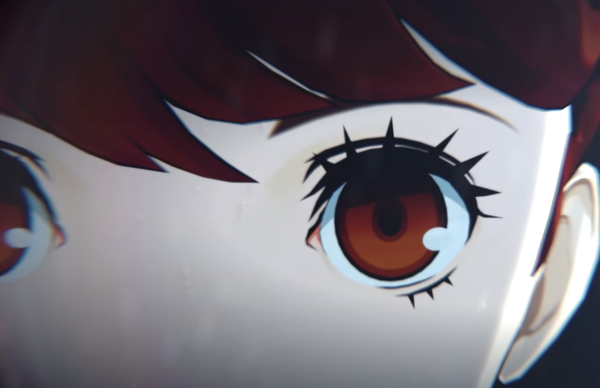 Persona 5: The Royal received a new trailer today, and once again, there was no mention of the Switch. That means all hope is lost for a port, right? Not necessarily, as a Smash Bros. Ultimate datamine detail from last month now makes a lot more sense after today's trailer.

There is another reference to "Jack" that I feel should be mentioned: "/Jack6_C06_v01_070925.mb_Jane1_pony_hairSystemShape2.mchp"". @jam1garner was the first to notice it in the string dump. I've seen some interesting theories about what "Jane" could refer to relative to Joker.

This information didn't really draw much attention from fans, but today it makes a ton of sense. The new trailer for Persona 5: The Royal showed off a new character for the game. While we didn't get a name for the character in the trailer, we did see that she has a ponytail, and this is prominently displayed in the trailer.

Could this woman in the new trailer be the Jane with a ponytail referenced in the Smash Bros. Ultimate datamine? It certainly does line up, and would make you think that Jane will be an alternate for Joker, who was named 'Jack' in the source code.

Of course, that's all speculation for right now. We'll just have to hang tight and cross our fingers for an announcement confirming all this. As for now, which side of the fence are you on?

It sounds like they’re adding a female protagonist to P5 like they did with Persona 3 FES. Perhaps the lack of details for Joker is because the female version will be an alternative option a la Robin, Corrin, Inking, etc.

Given her badge designating her as a first year, it's not a female Joker. Redesigning the entire game around that fact alone, let alone changing the gender of the MC, would be a massive re-work of the entire game to the point of it being an entirely new game. Atlus doesn't do that. This to me looks like Atlus is creating a side-story with a female lead set alongside the events of the main game.

Wait so the new female lead character for P5 is coming to Smash but P5 still isn't coming to Switch, I don't get this, do Nintendo go out of their way to get game characters from series or entries not on their platforms into Smash or something, and these characters were chosen by Nintendo specifically for Smash, it's like they like advertising for other companies. There's a mountain of characters relevant to Nintendo platforms they could have chose, say the Jack Bros, the most iconic characters from the entire Mega Ten IP. Whatever, I just hope they announce something of value for the DLC, because things aren't looking good.

I wouldn't rule out Persona 5(and R) for Switch just yet. But it's better for Nintendo to wait for a Direct to tell us. Not saying it IS happening, but I sure would not be surprised for an announcement around the Joker DLC release. Actually I think it's a give by now.

But damn curious to see what the other four characters are.

Pretty sure all the DLC is going to be nothing more than third party shilling of undeserving characters with little to no reciprocation from their IP holders.

I'm still disgusted with Joker being in Smash, but I will be livid if Persona 5 doesn't get a port.