New info on Nintendo's rumored Switch redesigns, plus Nintendo comments on the matter 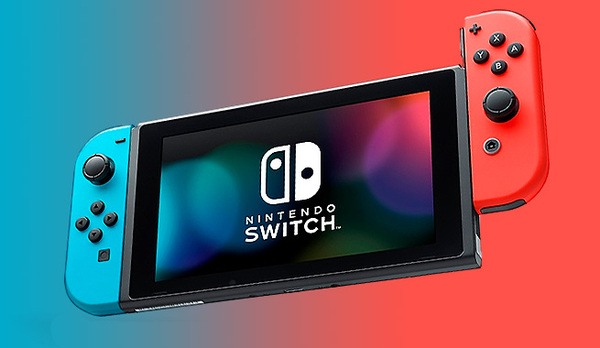 Following the Wall Street Journal's report on two supposed Switch redesigns, Eurogamer has put up a feature that shares a few more tidbits on the topic. They say their info comes from 'sources close to Nintendo,' so do with that what you will.

- Nintendo is hoping to cater to the same two audiences it served with 2DS and New 3DS XL
- the cheaper option is aimed at casual gamers currently still using the 3DS
- the unit's design will be sturdier than the current Switch model in order to be "kid-proof"
- costs will be driven down by the removal of several features
- this model will be handheld only
- on the model with better specs, the bump will be comparable to 3DS to New 3DS

To wrap things up, Nintendo also provided a statement when asked about these rumors. As expected, Nintendo had nothing to say.

"We have made no announcements and we do not comment on rumour and speculation."

Just give us some basic multimedia support and I'm in. Who am I kidding they could shovel in box and I would still buy it. But damn I wish it could do what my PSP could.

I dont care about this casual Switch mini. Give me some rumors/news on the Pro version. Id like to see improvements to the system not a system that removes features.

I'm the opposite. I have no interest in a pro version but I would totally buy a mini.

Hmmmmmm.... well.... there's enough talk about this for it to start feeling like it's really going to happen. And I don't know how I feel about it. The cheaper model is not an option for me, so I have to wonder regarding the more powerful version:

- Can we keep using our current joycons?
- Will we see improvements in already-released games that have dynamic resolution?
- Will the handheld mode perform closer to the docked mode standards?
- Will the screen resolution change?
- Will this splinter the userbase by having games that only run on the newer model?

If true, these models will be excellent for Pokemon VGC competitors who can't spend $300+. Sword and Shield will probably be the games for Worlds 2020.

I've been wondering if the Switch could benefit from a CPU buff. Graphically it seems to keep up surprisingly well, but I get the impression that networking and connecting well with other players is a bottleneck for Switch.

Either way, the Switch player base would benefit greatly from a stronger or physically bigger WiFi chip/antenna.

New 3DS actually did have quite a bit of a buff. There's only so much you can do when it's portable, I just hope games actually use the extra power.

The Mini/No Switch makes a lot of sense If it costs 180-200. It will most likely play Switch carts and will not be all digital so more power to people who have physical games and can play the games in all models, albeit not at the same time. The New Switch makes sense too, but it's a bit soon for that. Maybe Mini in 2019 for Pokémon and New in 2020.

Gotta say, I'll be really annoyed if they don't use the launch of the Pro Switch as an opportunity to introduce Pro-cons (joy-cons with full-scale Pro controller inputs, and ideally more of an ergonomic shape). I really do not like the tiny inputs on the joy-cons and would welcome the ability to choose essentially a split-in-2 Pro controller with open arms.

So much this. Doubt it will fix how bad it is to use a joycon on its side though.

Absolutely agree with this. The Joy-Cons are awful, they're probably the worst thing about the Switch.

True dat. The Joy-Cons are the worst Nintendo controllers ever. Every time I grab my Switch nowadays I'm afraid the gosh darn ghosting turns my play session into a cleaning session. Who in their right mind builds a controller with the inner workings of the sticks practically laid bare!? And removing the god-damn dust doesn't solve a thing as the ghosting reappears after a couple of days.

With the Switch being a handheld, it would make sense to copy the strategy of their previous handhelds. They definitely need a cheaper model, €330 for a barely souped up Wii U successor, far weaker than XB1/PS4. As a handheld it's really powerful, but as a console successor, it's terrible.

They'll have to be careful and choose wisely how many different Switch models there are and their capabilities. Are they going to fracture the market at some point? These 2 new rumoured models won't be doing that if true.

This is terrible news if true. The 2DS basically clobbered the selling point of the 3DS platform. Luckily this came relatively late in the platform’s life, because it rendered 3D gaming on 3DS an afterthought from that point onward.

If this kid-friendly Switch is portable only with non-detachable Joy-Con, then it really isn’t a Switch at all. And thus history will repeat itself, with the Switch’s defining feature being relegated to the dustbin of history after only 2.5 years on the market.

Couple that with a userbase-fracturing decision to make a Switch Pro with faster innards, and the golden years of the Switch as a gaming platform are done for. This is sad news.