Mortal Kombat 11 to run at 60fps on Switch, Ed Boon says the game is 'looking great' 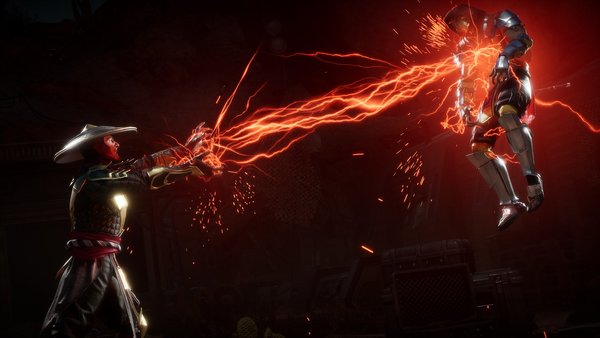 While I can't state it as a fact, I think Ed Boon has a special place in his heart for Nintendo platforms. When given the chance, it always seems like Boon is eager to support Nintendo's hardware. The most recent example of that is Mortal Kombat 11, and it sounds like he's particularly proud of how the Switch version is turning out.

According to Boon in an interview with Game Informer, the Switch version of Mortal Kombat 11 is going to run at 60fps. When the interviewer follows up by asking if the Switch version is looking good, Boon makes sure to say the game is, "looking great." The interviewer even follows up with an incredulous response, Mr Boon makes it clear that the game is not going to have any blurry backgrounds, and wraps things up by letting fans know that Mortal Kombat 11 on Switch is going to be the real deal.

This is great. I hope the switch version sells really well

Me too cause I'd really like to see Injustice series make its way to the Switch. I prefer Injustice to MK. Even though idc for MK that much I'm buying it on Switch to show support.

The Switch is nowhere near as powerful as the competition, so sacrifices will have to be made somewhere to accommodate the 60fps. The game is out in less than a month and we still haven't seen Switch screenshots or footage. I hope it does turn out great but Ed Boon isn't going to bad mouth it even if it is awful.

The positive thing is some of the journalists that have played it on Switch say it's competent to very good. Or maybe it's not a taxing game on any system and so the Switch can handle it no bother. It's a fighting game, there's not a whole lot going on compared to other genres of games.