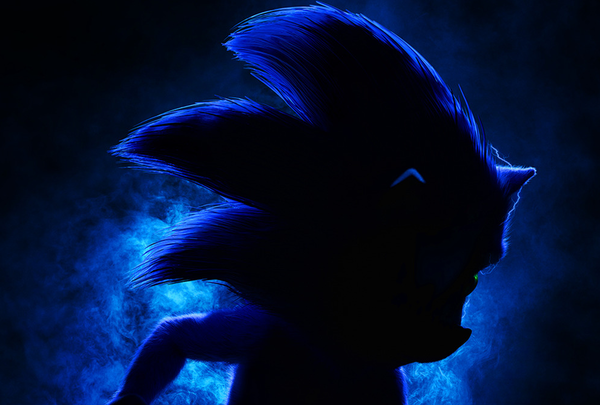 We can officially confirm that not one, but two Sonic the Hedgehog movie trailers exist. Both of them were shown to the audience at CinemaCon. Reaction to the trailers was mixed, as one might expect. While the trailers are yet to be released online, we do have details from them.

- trailer opens with Sonic zooming by James Marsden‘s cop character
- Sonic is clocked at 700mph on his radar gun
- Sonic is on the run from the government
- Marsden's character shoots Sonic with a tranquilizer gun
- Sonic is stuffed into Marsden's backpack and smuggled into an office
- people ask Marsden if there's a child in his bag, and he responds by saying there is a child but it’s not his
- rings from the game acts as teleportation devices
- Sonic asks Marsden to help him save his planet
- see Sonic speeding down the highway as he listens to the song “Gangsta’s Paradise”
- Eggman starts off looking odd, but slowly transforms into something similar to his in-game appearance
- the military is working with Eggman
- the footage features all sorts of visual references to the games
- One exchange from the trailer: “I was spitting out formulas when you were spitting up formulas,” Carrey’s Eggman tells James Marsden’s cop. “I was breastfed,” answers Marsden

Jim Carrey himself showed up at CinemaCon as a surprise. He appeared after a second trailer, which focused on Eggman. Not surprisingly, Carrey hammed it up for the crowd by acting as his character.

“I like to see you saved the best for last in the trailer, but this crowd deserves a real taste of what a real star vehicle is like. I am Dr Robotnik, one of most intelligent men who ever walked the earth. It’s basically my origins story. ...This movie is nothing without me.”

[Paramount please just release the trailer online to the public and take your lashing like a man...

Its only gonna get worse the longer you resist...

[Paramount please just release the trailer online to the public and take your lashing like a man...

Its only gonna get worse the longer you resist...

I can not wait to see this dumpster fire.

I'll admit the one thing I kind of look forward to is Jim Carrey's performance. Even in his worst roles I can enjoy his hammy overacting.

It's not enough to get me to watch the movie, but I at least want to see the trailer.

It's a Sonic movie alright...

Why does Paramount hate Sonic so much!?

Just show the trailer already. I think Jim Carrey will give an excellent performance as Dr Robotnik, that much should be safe.