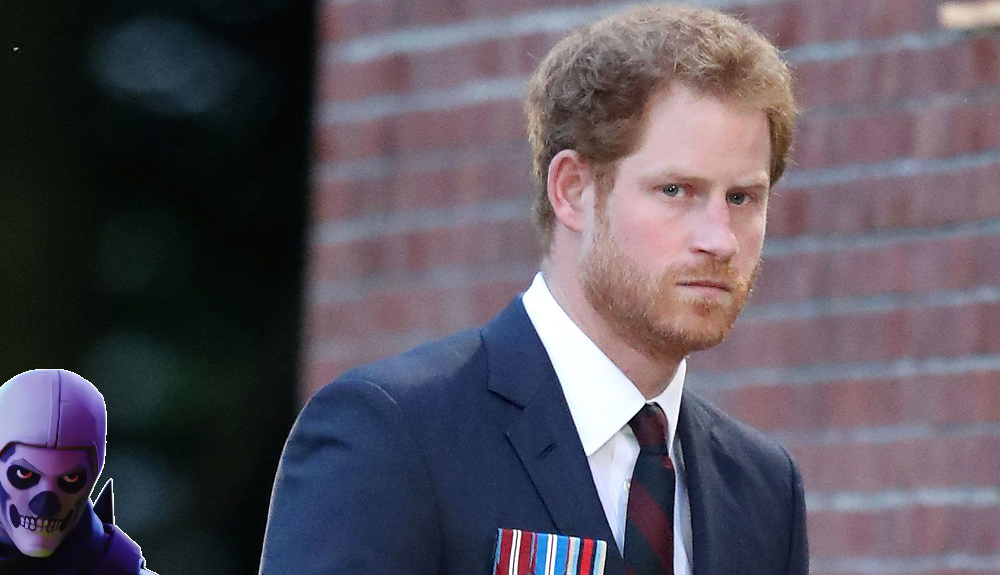 Prince Harry has decided to take a very archaic approach to something he doesn't understand, which I guess isn't surprising. That's usually what people tend to do! In a discussion about video games and social media, Prince Harry decided to focus his ire on Fortnite. According to him, the game simply shouldn't be allowed.

“The game shouldn’t be allowed. Where is the benefit of having it in your household? It’s created to addict, an addiction to keep you in front of a computer for as long as possible. It’s so irresponsible. Parents have got their hands up - they don’t know what to do about it. It’s like waiting for the damage to be done.”

I mean, I don't think I even need to explain why the entire statement is silly. Regardless of how you feel about Fortnite as a gameplay experience, I don't think anyone here would say the game deserves to be flat-out banned.

He's not wrong, but what shouldn't be allowed is manipulative money sucking practices inserted into video games to make them addictive like gambling in the first place.

The British Royal family being out-of-date, out-of-touch and a pretty pointless entity within the World?

What else is new.
(Before anyone gets angry, I am British)

And there goes the respect he may have ever had. And I don't even like Fortnite.

He should have to do something first before we care what he says.

I hereby decree caffeine shall not be allowed.

He's not wrong, but what shouldn't be allowed is manipulative money sucking practices inserted into video games to make them addictive like gambling in the first place.

Definitely it's the manipulative practices hes talking about, problem is they're so completely baked into the game system to keep time sink & spending up that it's hard to seperate those practices from the game itself. Fortnite is now trying to become some sort of monotized content platform.

I worry that actually isn't what he's talking about, especially since he focuses more on the time playing than money spent. It's true that many big games are designed to be addictive without even being all that enjoyable nowadays, though. Even time-wise. Skinner boxes have been a problem for years, we all know this.

I dunno. I can't tell if this is just some trite "new media are evil" schtick by an ignorant older generation or if he's actually on the level and concerned about actual problems. It's gotten so ingrained over the years that when I see some old authority figure say something like this, my first instinct is "shields up, Luddite inbound", but after applying the brakes for a moment, he's not really saying anything that hasn't been true for a while now. Even people within the industry are currently pissed at Epic (though for other reasons) and it's not like bashing on Fortnite hasn't become new the cool thing to do among gamers lately anyway for being the new "kiddy hell", just as bashing on Minecraft or the Wii used to be.

Oh absolutely. Fortnite is pretty much the pinnacle of this type of design. I recently watched a video breaking down everything it does to hook you and suck you dry. Then it does the DJ Marsh Mello stunt which basically exists to advertise to big name promoters that Fortnite is viable format to run their promotions and sell their crap.

On a certain level there is truth to what he's saying.

" Parents have got their hands up - they don’t know what to do about it."

Maybe they should stop letting their kid play the game for 5 hours straight.

Damn it! I had a whole response typed out on the obnoxious monarchy, but I hit refresh by mistake and lost it all. It was extremely critical of them and the archaic nature of it and that's putting it very politely. My summary is, to hell with them all. I can't stand them.

I agree with him... Kids these days just care about their Fortnites and are neglecting their horse riding, going to galas and all their other normal activities... They should get away from their videogames, get on their private jets and visit their properties on the countryside, to do some much needed and character building fox hunting or whatever...

Outdated royalty with no reason to exist shouldnt be a thing. He's only famous cause the UK still thinks bloodlines means you have superiority to others.

Miss me with that. I don't want to hear about responsibility from a guy whose been on tabloid covers both naked and dressed like a Nazi. (-_-*)

(Also reminder: Monarchies are bad and the Windsors are a family of do-nothing parasites)