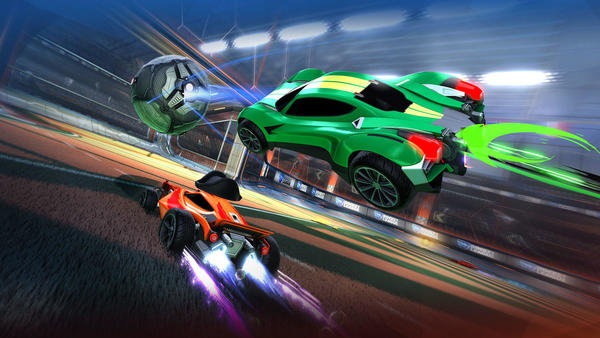 Rocket Pass 3 begins on April 17, and with it comes a new Weekly Challenge system. Challenge systems are found in plenty of titles in the online gaming space, but adding Challenges to Rocket League presented some unique "Challenges" of its own.

The Psyonix development team wanted to ensure that adding Weekly Challenges wouldn't alter Rocket League's core, competitive gameplay, while still adding an enjoyable experience for players participating in Rocket Pass. The direction for the new Challenge System didn't happen overnight. We sat down with game director Scott Rudi to chat about the creative direction for the latest Rocket Pass, specifically Weekly Challenges, and here's what he had to say:

Q: HOW LONG HAVE CHALLENGES BEEN IN THE WORKS?

Scott Rudi, Game Director: Oh man, for a few months, give or take. We were working on the design shortly after Rocket Pass 1 based on what we were seeing in there. The idea was to keep players wanting to Tier-up evenly even later throughout Rocket Pass. We wanted to keep people engaged on a weekly basis, and we think the Weekly Challenges are a better way to drive that. The Pro Tiers have always been the biggest draw, so the goal was to get players to that level faster and earlier. That's why we went with some of the design decisions that we did. The Rocket Pass Challenge System only adds to the speed in which you Tier-up.