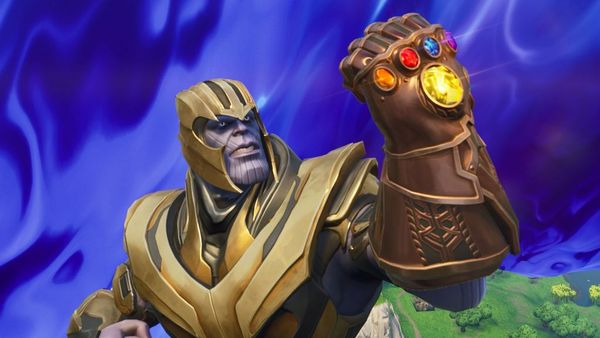 Some time ago, Fortnite ran an Infinity Gauntlet Limited Time Mode where you could play as Thanos. The player could transform into Thanos by grabbing the Infinity Gauntlet when it dropped into the map, and then wreak havoc on other players. The mode didn't last long, and most players expected it to be a one-and-done event. Some new evidence shows that might not be the case.

Dataminers pouring through the game have recently found some new lines of dialog in the source code that directly refer to Thanos. The lines "yielded to the power of Thanos" and "unleashed an inferno on" popped up, and while some say those lines could be leftovers from the mode's original run, it's hard to believe that dataminers would have missed them the first time around.

With Avengers: Endgame right around the corner, a return of the Infinity Gauntlet Limited Time Mode only makes sense. We'll have to keep a watchful eye on Fortnite's social accounts to see if there are any teases.