Director of The Wizard reveals how much input Nintendo had on the film, says they had a 'Power Glove rep' on-set 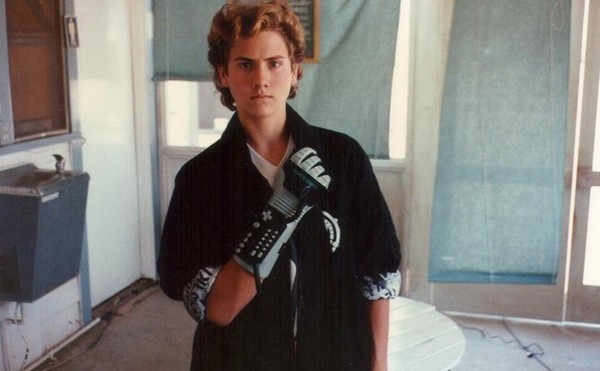 I honestly believe The Wizard to be a good movie. It's fun, it has heart, and it's got plenty of Nintendo! As far as video game movies go, I'd label it the best! The movie has certainly gained a cult following over the years, which has lead to today's information.

Todd Holland was the director on The Wizard, and it certainly seems like the project was an interesting one to make. In an interview with ArcadeAttack, Mr. Holland reveals just how involved Nintendo was with the project.

Those were more innocent times. And the irony is… saying that the times were more innocent is to say it was still “news” to have a movie embrace such crassly commercial elements: “Fred Savage and Nintendo – two things kids love. Let’s put them together and make a lot of money.” Today, no one even blinks at Transformers being a wall-to-wall GM commercial. We expect on–screen characters to be drinking Coca-Cola and using Apple computers. We expect Jack Bauer to dial on his Nokia brand phone. That’s just the way everything is done now. But that kind of product placement was news then. So to answer your question… Nintendo was cooperating fully. They had products they wanted to promote: Super Mario 3 and the Power Glove among them. But it wasn’t like we had to say yes – but we weren’t complaining either. These products fit nicely into our script. We were, after all, a video game movie. So, much like those GM cars in Transformers, we were a good fit with Nintendo. And no, they never told us to change the script in any way.

No… But the Power Glove was big news. And it was a no-brainer to put it into the spotlight – especially to empower our slick villain, Lucas, and put over heroes at a disadvantage to his greater skill, knowledge and experience. Nintendo never told us what scene to put the Power Glove. in…. But they did send a “Power Glove” rep to the set to watch over it (it was very top secret then) and to make sure we presented it in a respectful “proper light”.

I suspect Mr. Howard might be misremembering a bit. The Power Glove was a Mattel product, and Nintendo had very little to do with it aside from licensing. It's more likely Mattel asked them to include it and sent some of its brand managers to supervise.