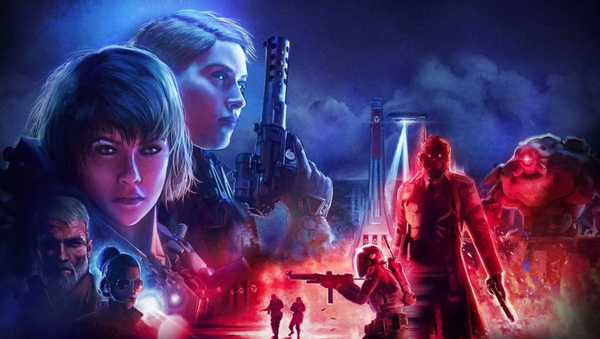 Earlier in the week we learned that Wolfenstein: Youngblood's retail release on Switch will not include a game card. It's a download code in a box, and that goes for both versions. After a lot of backlash, Bethesda has now updated the official game FAQ to make mention of this detail.

Honestly I wanted another physical FPS besides Doom. Was really looking forward to Wolfenstein Youngblood, but got Rico, which is amuch smaller and less ambitious shooter. I don't really like downloading games with a huge file size, but I'll see about this one.

Not a problem for me since I was getting digital anyways..it is the cheapest way to play co-op with my brother.. the only person I care playing online with

Funny, everyone was upset at me for saying digital only is for Nazis...

That is literally not a "retail" copy then. There is zero point in having a "retail" version of the game, if it doesn't include an actual, physical copy of the game for you to buy. What dark, silly ass times we live in.

Who thought it was wise to go back to cartridges?

I'll be buying it digital anyway, so no big deal for me. As Switch owners we should just be glad we're getting this the same day the other consoles do.

Who thought it was wise to go back to cartridges?


You wanted a Switch with... what, discs?

I don't know what I wanted, but if discs is what it would take to not have to pay an extra $10 to get a physical game, or prevent people from whining about having to download half of a game, so be it.

First thing I thought of when they said Switch was using cartridges was "sweet! Bye-bye load times" but that didn't happen (if anything there are games where the Switch version takes longer to load than on other consoles).

I'm honestly asking, what were the benefits of using cartridges, and are they big enough benefits that they outweigh the cons of higher price, longer load times and limited space?

either way, I'm really glad we get these types of games at all on Switch and that it isn't just a repeat of Wii U or PS Vita where the library is largely made up of indie games and not much else. So of course I'll be buying this game and not just looking for reasons to complain about it (even with a PS4 and gaming PC I'm still choosing to buy this on Switch).

The mistake wasn't cartridges, the mistake was choosing a proprietary format that was and is much dearer than the alternative. It's as if Nintendo had learned absolutely nothing from the debacle that was the PSP Vita.
Some sort of shorthand derivative of an SD card would have not only been cheaper but yielded larger storage capacities at a cheaper price which would also have resulted in lower production costs, quicker game publication, bigger games and likely better quality games.

I truly believe Nintendo should be eating some of the cost of this blunder.

Edit: antoher point to make is that had they gone down the suggested path they could have easily improved the load times for more demanding games by using faster as card specs available to them all be it at a dearer price for some games but all in all this would have been the complete solution.
There was nothing to stop Nintendo from adding some form of encryption on top of the cards to prevent it from being a hackfest but let's face it there will be bypass carts available in time like there were for every handheld before it so its not like they were really achieving much with this proprietary format other than hurting themselves in the long run whilst jepordising the future of the console itself.

No doubt the console is great and I do like Nintendo a lot but you just can't help but wonder what they could achieve if they had tore down some of these roadblocks.