The difficulty cup runneth over
19 April, 2019 by rawmeatcowboy | Comments: 4 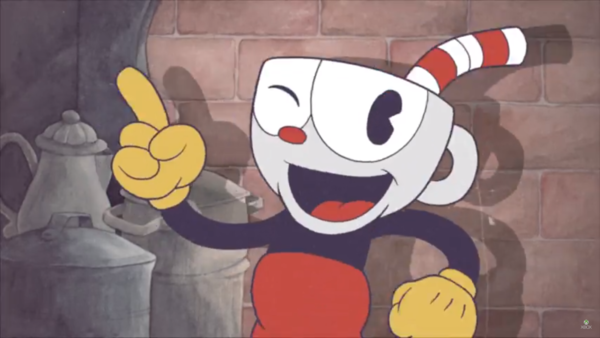 Depending on who you ask, Cuphead is either challenging, or ungodly difficult. It seems to stem from what generation of games you grew up on. At the very least, most can agree that Cuphead is going to punish you a few times along the way. According to Cuphead co-creator Tyler Moldenhauer, the team never had the intentions of making such a difficult experience.

“We never aimed to make it super hard. It was just that we kind of wanted to keep the action intense and that was sort of the way that it came out. Honestly, I find that a lot of people, once you get used to it, once you sort of Grok the controls at that point it’s a lot smoother ceiling. It’s kind of unlearning a lot of things that modern games have taught people that they can just get away with. Once you unlearn those tricks and kind of get back into the game and have a good time.”

The success really doesn't have anything to do with Cuphead looking like Mickey Mouse with a tea cup for a head, just sayin.

I absolutely HATE it when people use the word "grok".

Cuphead honestly isn't that hard. It's all perfectly fair and do-able. Attacks have long windups and obvious tells, it's just down to the player's skill to outlast those attacks while adequately fighting back. A lot of the bosses, especially in the early game, aren't even moving targets. Just pay attention to what the boss is doing and you'll win in no time.

What helps it is that unlike "super hard" games like those by From Software, you're back in the action in an instant after you fail. That's extremely important to keep people playing a game where they're going to die repeatedly until they learn how to win. When I lose to a Sekiro boss, and I know it'll be at least 25 attempts until I can make any real progress, the last thing I want is a five minute run back to the boss, or a room full of enemies to fight, so I can die in another two seconds and do it all over again. For most people, that's not fun, that's tedious, and it keeps less devoted gamers from making progress.

Its not hard if you want to just beat it. It is hard if you choose to 100% the game because of how much you have to do that isn't even fun.