Seeing these characters interact sure is...interesting
21 April, 2019 by rawmeatcowboy | Comments: 2 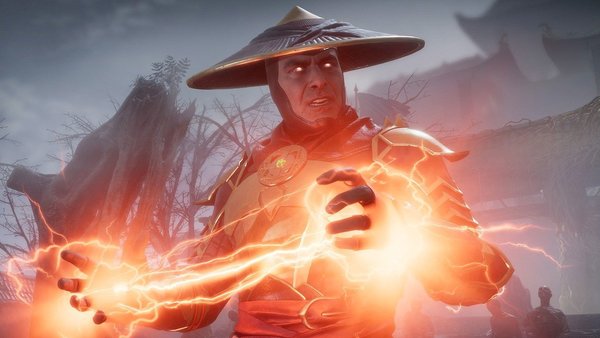 If you've been following along, you already know that Mortal Kombat 11's DLC character roster seems to have leaked. Following that news, we now have dialog interactions between those DLC characters. Again, this is heavy spoiler territory, so only hit the jump if you're 100% okay with that.

Ash: This is because I read the book, isn’t it?
Spawn: How’d you like to wear that smile on your ass?
Ash: Hard pass. I only wear American denim.

Joker: You look like a hugger, bring it in!
Spawn: I’ll turn you inside-out ass-first, Clown.
Joker: I love it when they talk dirty!

Raiden: You remind me of another Dark Knight.
Spawn: The billion-dollar crusader? He’s a friend.
Raiden: It seems we are both well traveled.

Raiden: Hellspawn of the Eighth Sphere.
Spawn: Show me your dark side.
Raiden: You shall not pass!

Joker: You know, you remind me of Bats.
Terminator: Who?
Joker: Just another jerk with no sense of humor.

Joker: Would you like to smile?
Terminator: This is beyond my programming.
Joker: Such a party pooper.

Noob: Fellow Hellspawn!
Spawn: Hmm. You one of Malebolgia's?
Noob: I serve only the shadows.

Noob: A legion of souls is within you.
Spawn: Power like this doesn't come free.
Noob: "Then I will steal it."

Kabal: Gonna chop you up and sell you for parts.
Terminator: Your swords cut coitan-titanium alloys?
Kabal: "Like a hot knife through butter.

Johnny: Dude, you have "blockbuster" written all over you!
Terminator: Where?
Johnny: Ha! And he's a comedian!

What about the other rumored DLC characters?

Cool characters to include.

This week's European downloads - May 28 (Xenoblade, Minecraft Dungeons, 2K and more)
May 28, 12:04 by gybones
This week's North American downloads - May 28 (Xenoblade, 2K collections and more)
May 28, 11:58 by gybones
GoNintendo Video - Xenoblade Chronicles: Definitive Edition Review-in-Progress
May 28, 09:41 by conangiga
Anime Expo Lite promo art features The World Ends With You, fueling speculation of the series' return
May 28, 09:28 by conangiga
Limited Run Games open to more 3DS releases depending on the success of the Atooi Collection
May 28, 09:22 by conangiga
Uta no Prince-sama Debut for Nintendo Switch launching on February 25, 2021 in Japan
May 28, 05:13 by manazuishou