RUMOR - New, cheaper Switch due out by end of June 2019, 'modest upgrade' of current Switch coming later this year 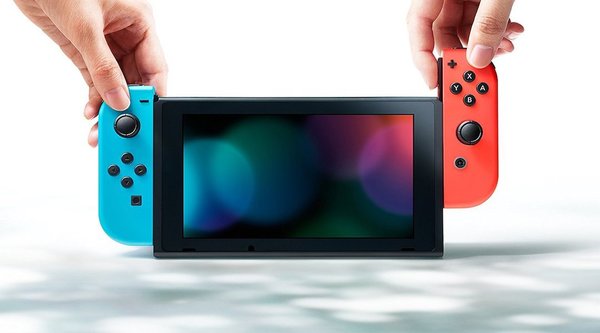 Bloomberg has chimed in with their own information on the rumored Switch redesigns on the way. As usual, this is all just rumor and speculation until Nintendo themselves confirm the news. Here's what Bloomberg had to say, with their info coming from two people familiar with the matter who requested anonymity to discuss private plans.

- the new, cheaper Switch will likely be launched by the end of June
- the existing Switch will receive a modest upgrade this year
- a more powerful version is not in the works

While not an opinion piece like most from Bloomberg, it's still a bit eye-rolling to blame Furakawa for missing expectations he did not set for the Switch. Mr. Kimishima set that goal. Anyway, this article seems rather dated in its' information compared to Nikkei and WSJ, which believe now that the portable is coming in the fall (presumably with Pokemon) and that the upgraded Switch got pushed back.

Really eager for E3 to get here, I guess, since I believe all these rumors will be cleared up by then.

One thing, it seems everyone is forgetting, is that Switch is Nintendo's main breadwinner. What I mean by that, is that there are numerous reports of Switch beating records. But they're neglecting that Nintendo had a dual pronged attack for decades. Like take for example, the news that the Switch has outsold the N64 in half the time. Nintendo also had the Gameboy back then to rake in the money. Sorry, it's late here , coming up on 2am, I could make a better and more detailed point but it's about time for lights out.

I see numerous comparison sales of Switch to Wii. Nintendo also had the DS on sale at that time. The Switch is their handheld and their console market, literally. You could say that mobile is their 3rd pillar, where have I heard something similar before?

I really don't think they are gonna launch a new version in June, plus this contradicts the Wall Street Journal rumor about two versions.

I feel like two new SKUs in one year would be highly unlikely.

Rumors are nothing unless it's reliable.

I can definitely see a cheaper model happening this year to replace the dead 3DS market. And then a more powerful model next year to compete against the next Playstation and Xbox. It won't be as powerful as them, but it will gain new sales.

Sakurai discusses the prototype that lead to the creation of Smash Bros., and a cancelled N64 robot game prototype
Jan 29, 05:01 by casey
Pokémon HOME Launches in February 2020
Jan 29, 03:54 by seansneachta
Super Smash Bros. Ultimate "Fighters Pass Vol. 2" available to purchase
Jan 29, 03:50 by seansneachta
Dr. Kawashima discusses the return of the Brain Age series on Switch
Jan 29, 03:30 by autumnalblake Jan 29, 03:15 by scrubelicious
Cuphead is 25% off until Feb. 7th, 2020 to celebrate the arrival of the Cuphead Mii Gunner Costume in Smash Bros. Ultimate
Jan 29, 02:43 by tmc1983