Stop reading into everything!
24 April, 2019 by rawmeatcowboy | Comments: 5 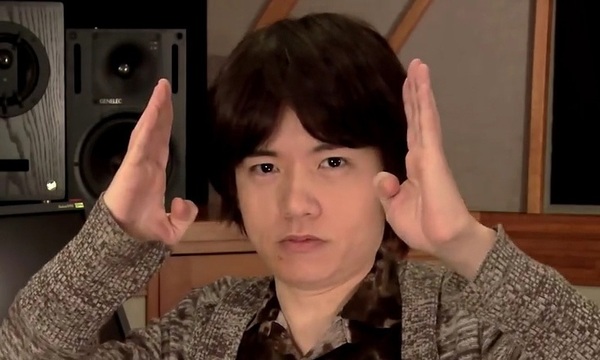 Has Masahiro Sakurai teased Smash Bros. news on his Twitter account before? He sure has, and this has lead people to believe that every tweet he sends out is some sort of tease about Smash Bros.. Masahiro Sakurai himself has sent out another tweet today to let people know that not everything he tweets is related to Smash Bros.. Sakurai plays through a lot of different games, and simply likes to share his time spent with those titles. Sometimes a tweet is just a tweet!

This must confirm that he's working on a new Kid Icarus title!

"Not everything I say is a hint coin. A true gentleman would know better than to assume." --Sakurai

GoNintendo Podcast Webisode 772 records LIVE at 3:15 PM ET
May 30, 16:49 by drew ciccotelli
Final Fantasy Crystal Chronicles: Remastered Edition appears to have local co-op
May 30, 16:18 by sanderevers
Mother Russia Bleeds getting physical release from Special Reserve Games, Limited Run Games offering a variant cover
May 30, 15:52 by pajob
Reggie was confused for a security guard at his first E3
May 30, 15:45 by hammergalladebro May 30, 15:30 by drew ciccotelli
XCOM 2 Collection players reporting multiple bugs
May 30, 15:18 by clubcooljon