Tesla Vs. Lovecraft takes home the 'Big Screen Game of 2018' at the Finnish Game Awards 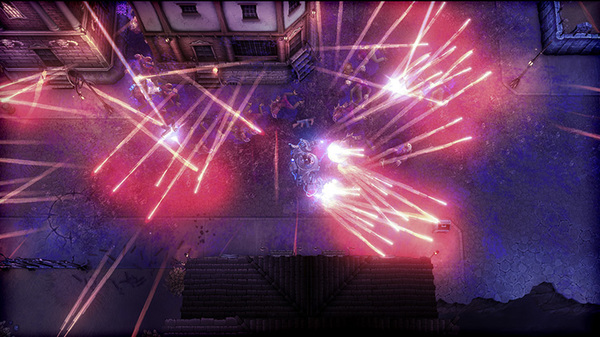 April 25, 2019 - Finland's successful game industry celebrated and rewarded their best in the Finnish Game Awards today in Helsinki. The greatest moments were the double victory by Supercell and the celebration of Bugbear’s comeback in a new prize category.

The gaming magazine Pelit awarded the traditional “Kyöpeli” trophy to the People’s Choice Game of the Year 2018. The winner this year was Wreckfest by Bugbear.

The gala evening’s recorded video stream can be viewed at: https://www.neogames.com/fga-2019/.

The Finnish Game Awards 2019 winners are:

Applied Game Award 2018: Lights On! / Turku Game Lab & Humak
Finnish-Estonian Lights On! joint project has highlighted culturally significant historic tourist sites with the help of new technology. The project has created a mobile application that allows you to experience the locations with the help of augmented reality. For more information visit http://lightson.humak.fi.

The Best Creative Achievement of the Year 2018: The Thief of Thieves / Rival Games
The Walking Dead scriptwriter's episode-based thieving simulator is a great visual experience in a cartoonish style. For more information visit https://rival-games.com/.

Comeback of the Year 2018: Wreckfest / Bugbear
Bugbear, a veteran developer of racing games, pushed themselves back into the limelight after many difficult years. Officially launched in the summer of 2018, Wreckfest became a hit game after spending time as a Steam Early Access game since Christmas 2013. Wreckfest, published in cooperation with THQ Nordic, is a true success story. For more information visit http://bugbeargames.com/.

Power Player of the Year: Petri Hyökyranta / Rovio
GDPR was one of the major challenges for the gaming industry in 2018. The contribution of Petri Hyökyranta from Rovio was significant in preparing for it. Petri was the primus motor in a large scale international preparatory project that did not allow the EU data protection regulation to catch the European gaming industry off guard.

Big Screen Game of the Year 2018: Tesla v. Lovecraft / 10tons
In early 2018, Crimsonland and Neon Chrome's distinguished developer, 10tons, released a multi-platform arena shooter that features Nikola Tesla who has to stop H.P. Lovecraft and his monster army. The game has received fantastic reviews on Steam Marketplace since its launch. For more information visit https://www.10tons.com/.

Main Prize: The 2018 Finnish Game of the Year 2018: Brawl Stars / Supercell
Everyone knows Supercell and the newest game from the studio, Brawl Stars, was also the game of 2018 both in Finland and worldwide. For more information visit https://supercell.com.