Dylan Cuthbert looks back on the all-nighters programming StarFox, and Miyamoto's fondness for a certain treat 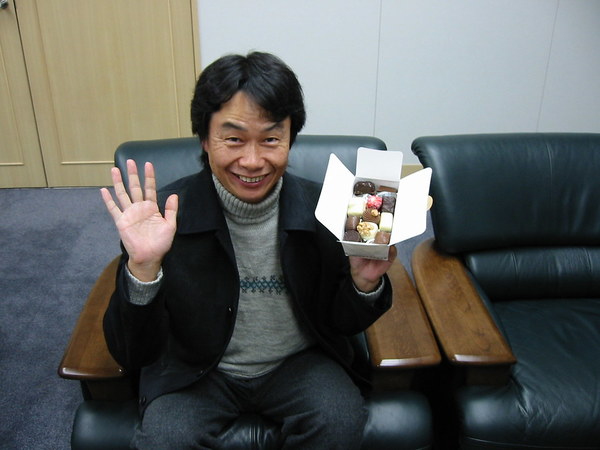 Dylan Cuthbert, a developer who worked on the original StarFox, shared some insight into working with Nintendo/Miyamoto over the weekend. Mr. Cuthbert also took to Twitter to talk about some of the long hours the team pulled working on StarFox, as well as a team trip out to get some late-night snacks. Check out Mr. Cuthbert's anecdote below.

Reflections of a Heisei programmer: During Star Fox we only did a few late nighters, and when I say late night, I mean working until the wee hours of the morning preparing a build for the lot check at Uji or something like that. I enjoyed them thoroughly as that kind of thing works as a catalyst to bond the team and the game was exciting to work on, I don’t recommend them often but every once in a while they can be fun like staying out past your bedtime when you were a kid.

Anyway.. on one of those nights Miyamoto was also there with us tuning last minute stuff and playing through the game and we all decided we needed some snacks and sustenance so at about 3am we all trudged out into the wintry night: Eguchi, Miyamoto, Yamada, Imamura, Watanabe and all, to trek to the nearest convenience store which I think was a Lawson’s, and on the way Miyamoto was chatting about his student days and how he used to do all nighters to cram before tests and student exhibitions. Then his eyes suddenly lit up.

”I used to love McVities chocolate biscuits during those all nighters” he said, “those are British aren’t they?”, to which I nodded, quite surprised he knew of them. I asked him how he had got hold of them and he told me that most convenience store in Japan had them. I had just never noticed! We arrived at the Lawson’s and lo and behold right there on the shelf were mcvities chocolate biscuits!.

So we bought four boxes (they came in boxes and not the wrapped cylinder type presentation usual in the UK) on that cold December night and the whole team munched them happily together while we solved the last few bugs on StarFox. The sad part of this story is that stores in japan no longer sell mcvities chocolate biscuits so if you ever have the chance to visit Miyamoto from the Uk, you should bring him a pack as a present :) (and some for me too!)

I wonder how long I would have to stand outside Nintendo HQ waving a box of chocolate biscuits before Miyamoto would come out to greet me.

I remember hearing this story from one of the other devs behind the game. It's funny how hearing it from another perspective makes it seem nicer.

I wonder how long I would have to stand outside Nintendo HQ waving a box of chocolate biscuits before Miyamoto would come out to greet me.

Only one way to find out.

He's not holding chocolate biscuits in that picture though, looks more like Pralines, Belgian chocolates. Looks like the Leonidas brand as those white with coffee flavoured cream in them and a whole walnut are my favourite ^^

Even at late night, the man smiles....such joy