Platinum aiming to become more independent
02 May, 2019 by rawmeatcowboy | Comments: 4 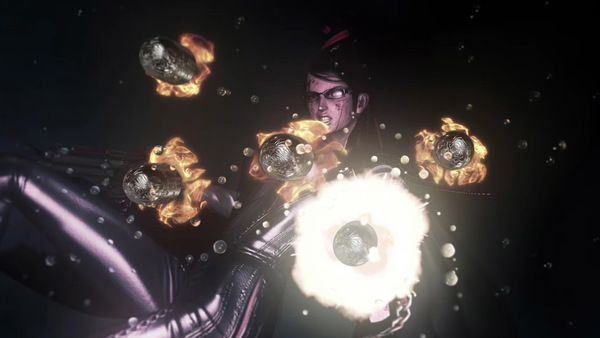 It seems that Platinum Games is going through some changes. Studio head Atsushi Inaba has confirmed that Platinum has switched things up in their game design process, and it applies to how they're handling Bayonetta 3. Check out details on these changes and more below.

- 2019 will be an “incredibly important” year for the developer
- PlatinumGames is set to benefit from “major” new approaches aimed at shaking up both its business and design strategies
- this includes new approaches in how Platinum designs its games
- this is in an attempt to build a “new foundation” for the company
- Bayonetta 3 will see a change in design process based on Platinum’s experience creating the first two games
- the company is midway through creating an unannounced title which “has never been done before”
- Platinum will move towards a self-publishing model for its games
- the studio hopes to eventually reach the point where it has the “freedom” to own its IP and make independent decisions
- the studio is working to move away from relying on external publisher funding
- that said, there are still going to potentially be games in which Platinum partners with publishers to do big things with big IPs
- Astral Chain is being created under an agreement that sees the IP remain with Nintendo and not Platinum
- Platinum is determined to break the cycle with the creation of two new independent IPs owned entirely by the studio
- in the case of Bayonetta, it took a lot of time and energy to get to the point where sequels could be made

Thanks to Mock Turtle for the heads up!
Source: Link
Rating: 6

God I hope Bayo 3 comes out soon. It sounds like they arent even near completion...

I really hate that it looks like 2020 at earliest. I'm starting to think they announced it too early.

On another note, I really hope there isn't too radical a shift from the first two. There's only so much you can do to improve on perfection.

Well that's literally the opposite news I wanted to hear from Platinum... I've been hoping Nintendo would just buy them outright.

Almost everyone who makes it big on the back of big publisher money ends up failing to deliver the same caliber of content or quality as an independent...

uh oh i hope this new development mantra that Platinum games is going to start now on the game they develop dont afect negatively games like Bayonetta 3, and its seens that will are only going to play Bayonetta 3 in 2020 or later.