It might be a little bit bumpy until the patch hits
02 May, 2019 by rawmeatcowboy | Comments: 0 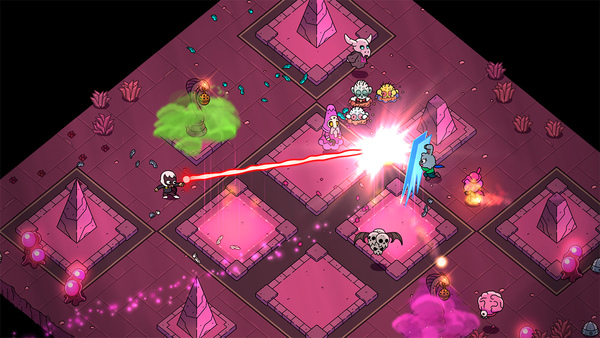 The devs behind The Swords of Ditto: Mormo's Curse were hoping to have a patch out for the game at Switch launch, but Golden Week in Japan has pushed back the planned approval and release. It'll likely be another week before the patch goes live, so players might experience a handful of glitches until then. You can check out details on the next patch, as well as a future update as well below.

Players die in failed stories in Regular and Relaxed Modes instead of being returned to their house
Players are returned to their house in Regular and Relaxed Modes if they die while climbing Mormo Palace and their game is saved into a state where they are unable to leave the next room
[PREVENTION] Ensuring that you are in Hero Mode (via Options) when dying in Mormo Palace will prevent this issue from occurring. Alternatively, play Mormo Palace in Relaxed Mode to reduce chance of dying.
If you have a save game where you are unable to leave the home room, a fix has been made and will be available in 1.15.xx. If you wish to continue playing before 1.15.xx is live, then you will unfortunately have to start a new game.
Touchscreen does not work in handheld mode