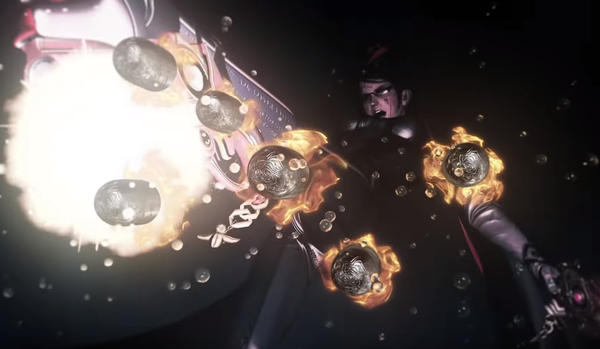 Yesterday we learned that Bayonetta 3 is seeing a change in design process as compared to the first two titles. Looking for more details than that? Platinum head Atsushi Inaba is remaining rather tight lipped, but he did share this one tiny tidbit.

With Bayonetta 1 and 2 we had basically an orthodox development process, at least for us. We did stage one, then stage two, then stage three and built up the drama and the pacing chronologically. For Bayonetta 3, we can say that we learned enough from making the past two games to change our process in a way that’s different to what I just described. Maybe the players will recognize this as well. And that’s all the hints you get!”

I'd rather they take their time and make it the best ever than rush to meet demand.

Stop killing me with this waiting process and teasing... Show me something!!!

So...it's coming out after Metroid Prime 4, then?

I'd rather they take their time and make it the best ever than rush to meet demand.

Take your time Platinum. Astral Chain is sure to keep us occupied for now

My thoughts entirely. We have so much already. Let us enjoy what exist or soon to exist before moving onto the next.

It’s not uncommon for games not to be made sequentially. Nintendo likely didn’t make SMB by doing 1-1 first, then 1-2 and so on. What Platinum said about Bayo 1 and 2 would actually be the unorthodox method compared to most.

Movies and TV shows are the same. They don’t shoot scenes in order of viewing.