Detective Pikachu director hopes he did right by hardcore fans, Ryan Reynolds hopes for more Pokemon films in the future 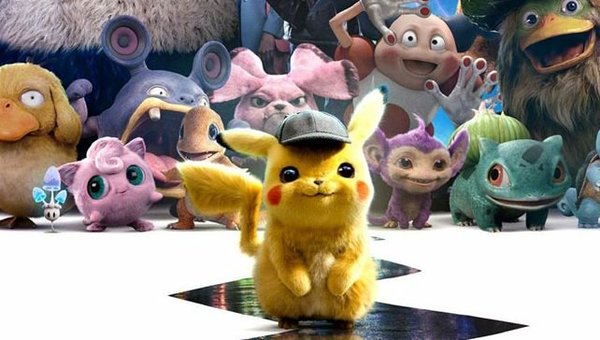 Detective Pikachu releases in just a few days, and Pokemon fans around the world are eagerly waiting to check it out. While director Rob Letterman is excited about this, he's also nervous. In an interview with ComicBook.com, Letterman explains his nerves.

"I'm really nervous. I just want it to do well, and I want people to enjoy it. I especially want the hardcore fans to appreciate it and give it the blessing that we worked really hard to get. We worked closely with The Pokemon Company and the original creators. There was a lot of respect and care put into the movie. It's a new region, and a new storyline, but it is a part of the overall Pokemon universe. And we want the Pokemon to be done right."

While fans were a bit apprehensive about the movie when it was announced, the first trailer assuaged those fears. A lot of the acceptance had to do with Ryan Reynolds, who seems to be perfect for the role of Detective Pikachu. It also seems that Reynolds had a blast playing the part. As far as he's concerned, this could be just the beginning for live-action Pokemon movies. Check out what Mr. Reynolds had to say below.

“It could go anywhere. Justice [Smith] ... has probably forgotten more about Pokemon than I’ll ever know. So, if we’re lucky enough to be making a bunch of these, I think you’ve got to take some deep dives. You’ve also got to zig when everyone thinks you’re going to zag. That starts with story and making it current and fun. I’m surprised this hasn’t been developed earlier because it is such a universe. You can see it going in all kinds of different directions.”

From everything I'm hearing, fans of the series are going to love this movie. Critics, not so much, but as long as it makes money and is entertaining I guess it doesn't really matter.

If this gets the cinematic universe treatment (spoiler: if it makes money, it will, and it will make money), I hope Tim and Detective show up in more movies down the line.

It seems that they really do capture the spirit of the series. Hopefully with the millions of profit this will bring in the second movie will have more complex storytelling.