A super-powered collection of moves
07 May, 2019 by rawmeatcowboy | Comments: 0 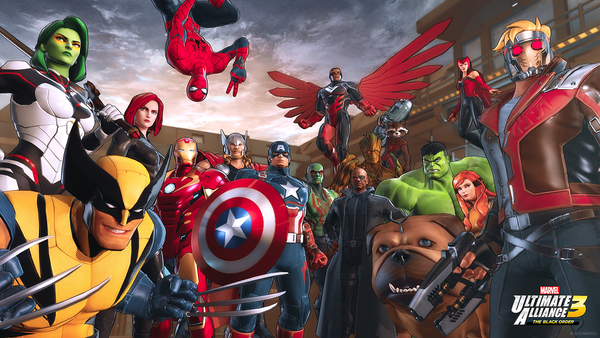 Game Informer's Marvel Ultimate Alliance 3: The Black Order feature includes some specific details on a handful of characters in the game. Check out the details below on what a few of the characters have to offer in battle.

- all-rounder play style
- can deliver big single hits
- good for knocking down the stagger gauge on opponents
- her Photon Punch rushes her towards an enemy with a charged attach
- she also has an AoE Cosmic Burst
- Blast Off hits a single target with an uppercut
- Cosmic Beam provides a sustained burst of photon energy
- Captain Marvel can fly to stay out of danger
- after extreme attacks, she will glow brightly