Sonic Team's boss wants to make it clear SEGA isn't making the Sonic movie, says it's 'up to Paramount to make something successful' 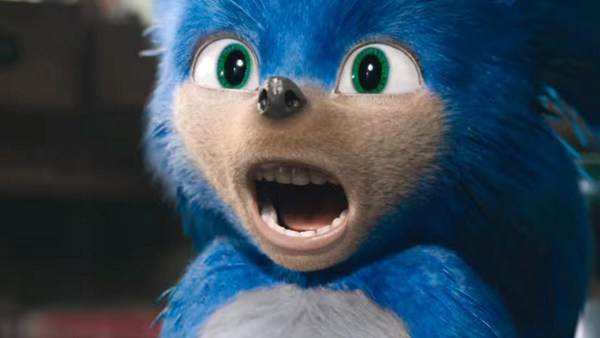 Can you imagine SEGA's frustration with the Sonic movie? It really seems like Paramount rejected multiple suggestions SEGA had for the film. We know for sure that SEGA pushed back on Sonic's design, and Paramount ignored it. We're all seeing how that played out!

Sonic Team boss Takashi Iizuka took some time during a recent interview to once again set the record straight on Sonic's movie. He very clearly states that this is NOT a SEGA movie.

"It's not a SEGA movie - we're not making it, or anything - and I'm only an adviser, really. But I do get shown things, and the [movie team] ask for my opinion. I'm also listening to what the fans are saying, and I'll feed that back to the director - he, and the producers, are very interested in receiving that feedback. At the end of the day, it's up to the team at Paramount to make something successful, but we're all looking forward to seeing the finished movie."

They've made several bad Sonic games that have damaged the franchise's value.

We can all be rightfully doubtful of Sega even making a proper Sonic movie of their own, if the riveting cinematics of Sonic Forces is anything to go by, with its wooden delivery and melodramatic tone, punctuated by several bouts of kitsch.

Sort of shows the difference between Sega and Nintendo when it comes to their licensing. Nintendo have Mario’s creator on the Mario film as an executive producer, you can bet there won’t be any strange redesigns of Mario characters or have them in situations that make no sense for the franchise. Detective Pikachu looks as faithful to Pokemon as a realistic representation of that world could look.

Seems like Sega just sold the rights on and hoped for the best rather than making sure they would have the last word on how their character would be portrayed. Then again given their general mismanagement of the franchise it’s not much of a surprise.

This is ridiculous in this day and age. How is it that you licensed your character without having complete control over the design? I thought people had learned a thing or two from the Mario movies. Total complacency on Sega’s part and they aren’t without blame here.

You would think they would ensure they have some level of quality control...

Hmm... didn't some guy say the same thing about that upcoming Doom movie? I'm starting to get the feeling this is the norm for video game to movie adaptations... which would go a long way in explaining why so many of them are terrible.

You have to be more involved Sega! This is why Nintendo beat you to the punch of making a decent classic console!

And this is why video game movies often turn out to be crap. Surely the main people involved in designing the mascot characters and the general look and feel or the games and Sonic's world should be far more involved in this movie. Christ, get the guys who worked on Sonic Mania to come in a tell you what should be in a Sonic movie!

SEGA should have negotiated more appropriate control over their IP. This statement is a bit empty to be honest. It is a SEGA movie. They negotiated the use of their IP and now are trying to save face given the backlash. Paramount didn’t steal Sonic, SEGA willingly handed the IP over. Shame on them they didn’t reserve enough control in the first place.