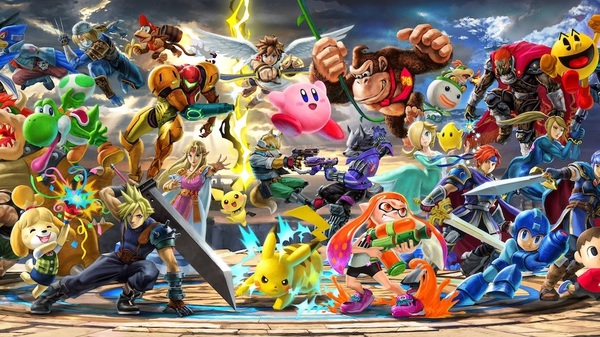 With Detective Pikachu now out at theaters, fans are already dreaming of what movies could be next. We know a Mario movie is coming, but what else could get greenlit? Could we eventually get to a time where a Smash Bros. movie happen?

While that might be a pipe dream, the writers behind Detective Pikachu have shared how they'd pull off a film adaptation like that. Here’s what they had to say in an interview with Screen Rant.

"Avengers: Endgame is only as good as it is because we loved all of those characters individually, so when it came together it was just magic. And I think that’s how you have to approach the Smash Bros." - Benji Samit

Live-action Mario and StarFox? No and no.
Zelda... I can hope.

I think StarFox would be easy. If they can do Ratchet and Clank and not be terrible, StarFox should be easy.

@Jayvir Ratchet & Clank was animated though, I'm not opposed to an animated StarFox film.

Yeah add a huge no for a live action Zelda. Hollywood is terrible with forcing in actors how don't look the part at all, the MCU is proof of this, and I've no interest in a Zelda movie starring some boring generic Hollywood "hunk" as Link and "babe" as Zelda.

Give me animated Zelda or don't bother...in fact the same goes for all Nintendo properties. If you're gonna make a Nintendo movie make it animated.

It doesn't have to be Hollywood though...

Makes sense. Suicide Squad suffer from a lack of a proper set up. Needed at least a Batman movie to introduce Harley and Joker, instead of that two second scene describing it.

If they make a Zelda movie, Nintendo will have to let Link talk. They hold the reins to their franchises very tightly, so they'd have to lighten up for that to happen.

I would hope for something like Samurai Jack where it's mostly about the adventures with the characters around him taking the bulk of the dialogue. Then we could see some character growth through Link interacting with new enemies in the dungeons he enters. Unfortunately, we aren't likely to get anything like that from a theatrical release at this point in time.