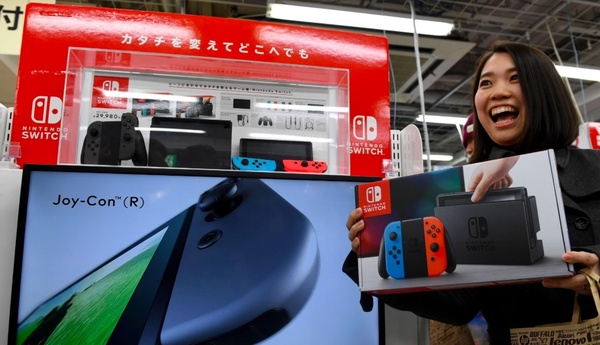 We knew it was coming, but now with the latest hardware figures, it's official. Over in Japan, the Switch has officially outsold the PS4's total install base. The PS4 has been on the market in Japan for 272 weeks, and has moved 8,077,756 units across all versions. The Switch has been available in Japan for 114 weeks, and as of this week, it has sold 8,125,637 units. I think this goes to show just how popular the Switch is in Japan so far!

Thanks to Sligeach_eire for the heads up!
Submitted by: sligeach_eire
Source: Link
Rating: 8

Who cares? They're still DOOMED!!!!

Who cares? They're still DOOMED!!!!

I adore both my PS4 and Switch, but it's damned great to see Nintendo back in action!

Haha. Nah. Think they are way too stubborn for that.

It’s certainly doing well at home, to catch and pass the PS4 that quickly. We might start seeing a change of tune from the big software companies over there from here on in...but then again the amount of time it takes to write games these days...who knows what might have been started a couple of years ago.

3DS actually caught up to the PS3 even quicker. I think it was less than 2 years and sold 9.6M by end of 2012. However Switch didn't need a price cut and is far more expensive so the 8M so far is still pretty impressive.

What are you going to do now Sony? Make PS5 a Switch Ripoff?