Sakurai goes over Smash Bros. Ultimate's 3.0.0 update, talks about goals for the game, and having fun with user-created stages

Sakurai is getting a kick out of what players are creating
16 May, 2019 by rawmeatcowboy | Comments: 3 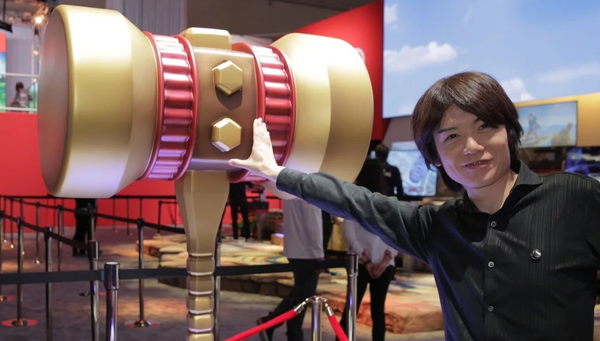 Sakurai's most recent Famitsu feature dives into details on Smash Bros. Ultimate's Version 3.0.0 update. Check out notes from article below, translated by PushDustin.

- the sharing aspect took the staff extra time to prepare because of the testing and debugging
- Sakurai didn't want a game where only the winners of battles can have fun, so he didn't want Smash to just have fighting
- Sakurai's three goals for Smash Bros. Ultimate were "Fighting," "Sharing," and "Fighting Together"
- "Fighting Together" is something that was difficult to implement
- fighting with 4 players online, using the CPU, and 4 player Spirit Battles were decided, but there were limits
- Sakurai has checked out some user-created stages and is having a good time, and some of the ideas have him laughing
- Sakurai is looking forward to seeing the movies that the community creates
- Sakurai asks everyone to follow the rules and community standard

I've had a lot of fun download batches of stages and playing online with friends. It's hilarious to see what mystery stages we dig up. One of my favourites would have to be one I made, which is just a giant ass at the bottom of the screen, with walls on the sides and top to keep you in. There's a strong wind blowing into the ass, and a teleporter inside that drops you below the stage. Very mature, I know.

Sakurai has checked out some user-created stages and is having a good time, and some of the ideas have him laughing


Did he try out ”Final Sakurai” yet?

A big smile just spread across my face reading this. I think Sakurai really does "get it" in terms of what makes Smash great. In the end, it's primarily a huge toybox.