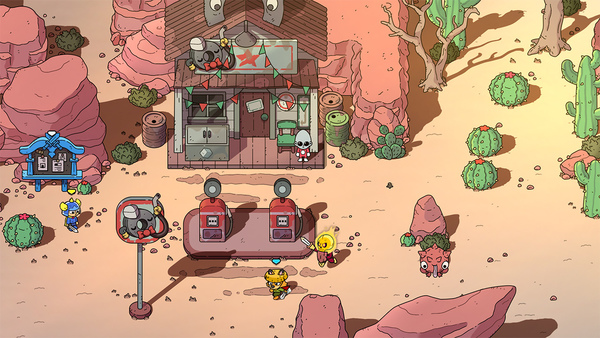 The Swords of Ditto: Mormo's Curse has been updated to Version 1.16.03. Check out details on this patch below. 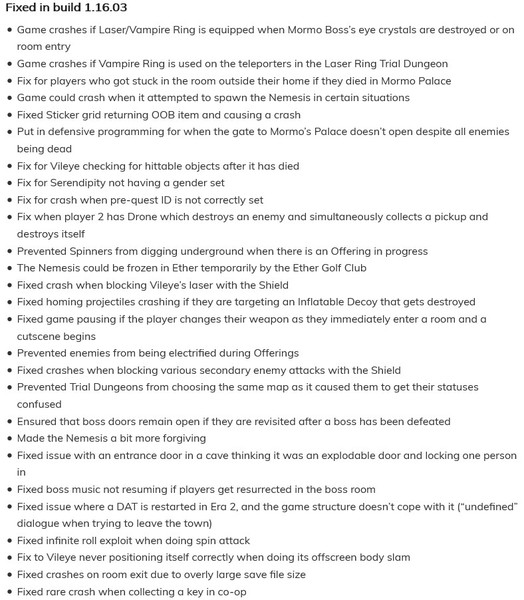 While there are a lot of fixed issues and bugs, there's still some content that needs to be worked on. Developer OneBitBeyond is aware, and they're planning on tackling these issues with the game's next update. Check out details on the known issues that will be fixed in the game's next patch below.

- Fixed a number of minor localisation layout issues
- Updated to DATs 203 to fix a few level layout issues that have been found
- Prevented Spinners from digging underground if they are in a trigger area that waits for them to die
- The Nemesis no longer follows players into dungeons in earlier Eras
- Fixes to Celestial Token amounts and the status of the Serendipity Shrines when swapping between Game Modes
- [SWITCH] Fix for saving icon size being incorrect in French
- Fixed occasional issue with dungeon wall tiling
- Improved RNG for Chests to be less likely to award large cash, and more likely to award interesting drops
- Fix for rare crash when sleeping until the last day
- Fix for crash in Castle Sticker when the enemy it is tracking no longer exists
- Strengthened the checking for the death of enemies that fall into holes when their health is already depleted
- Increased bomb damage
- Prevented the player from regenerating health when Fate’s Ring is equipped
- Game will recover a player’s save if they had started a new story as a Sword instead of a normal person and they couldn’t leave the room