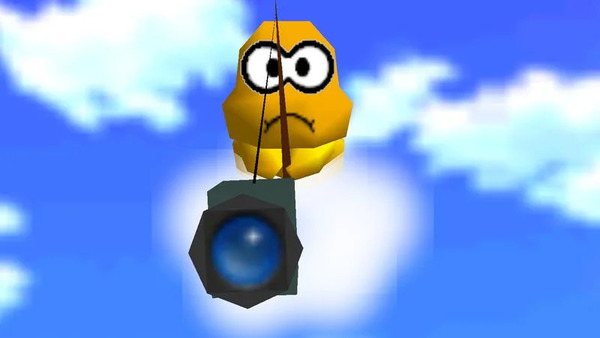 Nintendo has said that they keep their eye on industry trends, and always consider uses for future tech. That goes for the streaming and cloud computing side of things, but rumor has it Nintendo's actually looking to make a move in that area. Word on the street is that Nintendo has plans to work with Microsoft's Azure cloud computing service to stream some sort of content in specific regions. No word on what that content will be, or why it would only launch in certain areas.

Game streaming is a future I have absolutely no interest in happening. It’s inevitable, and there are benefits, but the downsides far outweigh the conveniences of it for me.

Wasn't there similar news or rumors about Microsoft doing the same with Sony?
I guess it might be an eventuality that Xbox games are coming to both Switch and PlayStation.

Referring to launching "in certain areas" could be because broadband speeds aren't great in some countries. It's the same reason there are certain games, like Resident Evil 7 and Assassin's Creed Odyssey on Switch that stream only in Japan.

That's probably the only way MS games are gonna sell in Japan.

This would presumably be Azure streaming Switch games, not XCloud on Switch.Plus Japan is actually still very much oriented around physical still, the reason why we saw nothing cloud related on Switch from Capcom after RE7, it was seemingly not the most popular service.

Well MS and Sony atr workinh together now, so this would not surprise me at all. Specially after seeing how good frienfs Ninty and MS are these days

Game streaming is a future I have absolutely no interest in happening. It’s inevitable, and there are benefits, but the downsides far outweigh the conveniences of it for me.

I hate the idea, but that's probably because I'm old and set in my ways. It's totally inevitable though.

Do not be streaming TO Switch Nintendo needs real third party support, if I wanted to play third party games at home I have a PS4 and PC. If Nintendo is doing anything I would rather it be the option to stream Switch games

Based on the phrasing and context of the tweet itself, it does seem to be Nintendo streaming on Azure and not XCloud on Switch. This was in a thread about Sony using azure, which is clearly Sony putting their content on Azure, not Microsoft streaming their content to Sony. Of all the manufacturers Nintendo needs streaming the least, but it will become necessary eventually. Nintendo will be smart and stay focused on consoles for a while, but unlike how they handled online, they aren't going to stick their heads in the sand, and are going to prepare to have a streaming option ready... if this is all true, it very well could be baseless speculation.

It is of course just anoter rumour, but one that I can see happen. IF it does, I guess E3 will be where we hear about it. I am getting a feeling this E3 will have a couple of surprises no one saw coming. And with MS and Ninty being so close....

But I do agree with you. Nintendo should focus on their consoles and rather work with MS (or any one else) to make a good online service for their next console or even fix the NSO since that's pretty bad so far.

I couldn't tream where I live anyway though...

I don't think this is going to directly affect NSO. There is no reason Nintendo can't use servers now, the reason they don't is they know P2P is a lot cheaper. Nintendo has partners already that could make a much better online system, they just don't care to.

I highly doubt we will hear anything official about this until at least next year, if then, and I doubt we will see results from this until very late into the Switch's life at the soonest, like 2021 or 2022. Its going to take a lot of R&D, and if Sony is just starting, Nintendo will be a bit further behind. Plus Nintendo absolutely doesn't need streaming ATM. Microsoft needs to start sooner in order to start testing and doing R&D, plus Xbox One is third worldwide so they kind of need the extra users, Nintendo is fine and their current strategy kind of revolves around the ability to play offline. I don't see Nintendo launching any Azure service until streaming becomes a clear player in the industry, and again, at the soonest that will be 2022, even if Stadia does well I doubt it will hurt Switch too much in the short term.

I agree that they don't need it, but times are changing faster and faster and MS seems to be pushing their stuff on others lately. Maybe this is more like xCloud for Switch than anything else. Then again they (MS) are going to show off the NExtBox this E3 and I am very curious as to what taht's all about. We know that the PS5 and next Nintendo console will be dedicated gaming systems, but MS seem to be going away from that.

Xcloud for Switch would have no benefits for Nintendo. It would make them barely any income, they aren't about to get a cut of Microsoft's software revenue, and would only take away third party support and sales, why in the world would they want that. Plus Nintendo's sell for Switch is still portability, tying that to cellular isn't going to work out well right now. This is very very likely the beginning of deal making and investments into R&D for a much more long term streaming option for Nintendo.

I have zero interest in streaming games, and if we end up having only that option in the future, then i guess i will be saying goodbye to gaming, or at least just the future of gaming. I can still play lots of older games that i never played before.

I'm fine with cloud gaming as long as they can fix the internet here in Australia to make it playable.