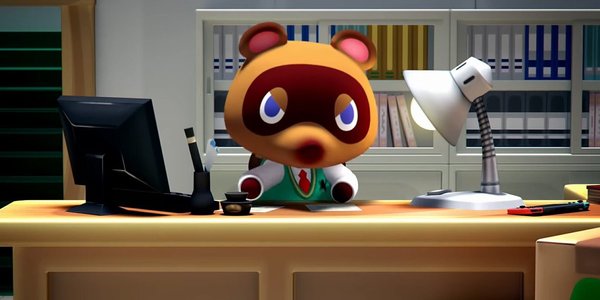 Due to the current unclear situation in Belgium regarding certain in-game revenue models, we have decided to end the service for Animal Crossing: Pocket Camp and Fire Emblem Heroes in Belgium. It will therefore no longer be possible to play and download the games from Tuesday 27 August 2019.

Players who still have Orbs and / or Leaf Tickets in their account can continue to use them until the service ends.

In addition, future Nintendo games with similar earnings models will no longer be released in Belgium.

We would like to thank all players in Belgium for playing Animal Crossing: Pocket Camp and Fire Emblem Heroes.

As you can see in the statement above, Nintendo is also going to hold back future mobile titles from the region that include similar earnings models.

Thanks to Dondom95 and Andreslop24 for the heads up!
Source: Link
Rating: 3

Well it's a complicated issue no doubt but it's sad to see government regulation cause an upset like this.

I personally don't like the monetization methods used but I'd rather companies be free to use them and let the player base reception decide it's fate. It's wishful thinking to believe it would die off that way considering the mindset of most players and how it similar it is to slot machines but that's just how I feel on the subject.

It's complicated alright, but consider it's been years since microtransactions became filthy in that even players that did actively try to limit or avoid MTXs to send a message "We don't want MTXs." end up having the boycotts fail, because whales keep the MTXs flowing and also kids that are tricked into stealing their parents money just to be able to play their games more.

The ESA and by extension the ESRB has had years to crack down on this, but they let the greed overtake them so now the US government is starting to breathe down the ESA's neck (although the ESA has lobbying power that can take a dent out of any punishments the US government could do).

Basically the gaming industry could have avoided having governments getting involved if they listened to the consumers, but no. They just excused themselves by using whales and tricked kids to continue spiraling MTXs everywhere. "Oh, 5% of people dropped a million plus dollars each on our MTXs against the outcry of 95% of our player base? We better keep feeding the whales and tricking more kids!"

I hate microtransactions and the scourge they have become in the video game industry, but do you have any evidence to support your assertion that earnings are 95% from whales and “tricked kids”?

A more sobering view is the realization that the micro transaction model is popular amongst a majority of gamers. Not on the forums of an industry fan site such as this, but out there in the wild... people are largely okay with this model.

do you have any evidence to support your assertion that earnings are 95% from whales and “tricked kids”?

I said 5% of the playerbase that always buys into MTX. These are the people that will always buy into whatever a game publisher/dev put out regardless.

These whales and kids put so much money into MTX, they negate or block the rest of the players from boycotting because the whales and kids easily can make up for the lost income of the 95% of the boycotters.

EDIT - Hell take Call of Duty. Even with more and more people that turn against the franchise due to Activision's greed, the whales keep the MTXs afloat in that franchise so much so that Activision makes more bank from MTXs than the CoD games themselves. So each year most of the playerbase makes it known they hate MTXs only to find supply drops/MTXs come back because of the whales and kids that don't know any better.

Whales are usually a very big percentage of revenue from these games. "Kids" are more anecdotal though. But yeah, whales by themselves are around 80-95% of the sales. Nintendo games have a "better" ratio, from what we know. But Fire Emblem have a more traditional one.
Source: I work at a mobile game dev...

Wow that's incredible, and sad. Because of the wild spending habits of the select few, nearly all games have succumbed to the microtransaction hell we find ourselves in these days.

Disclaimer: My workplace play in that field, but doesn't seem to abuse it right now, form my point of view. In the game I work on right now, we are actively trying to spread it more, and it's actually hard to "whale" it.
I also think Nintendo give good efforts to try to spread the paying players and focus less on whales, overall.

I don't get it. These are free games and there aren't any loot boxes in these games. Plus the microtransactions are completely optional in this case.

Actually the fortune cookies in Pocket Camp are lootboxes. Yes you don't have to pay any real-world money to get the cookies, but you're still given random loot from said cookies (and there is a good chance of receiving duplicate loot if you've used these cookies a lot).

However "premium" cookies require Leaf Tickets and rarely appear in the cookie shop to be bought with Bells. You can grind to complete in-game missions to get Leaf Tickets, but you'll find it's slow going to accrue enough Leaf Tickets. This is to goad you into using real-world money to buy more Leaf Tickets to get what you want.

Where Pocket Camp crosses the line is with the Event Classes at the Happy Home Academy. All furniture must be attained from premium fortune cookies which turn these classes into pay-2-win. This is what Belgium cracked down on leading to Pocket Camp to get pulled from their mobile stores.

Still...I argue that since the game is free, how else can they do it to make bread? Even Heroes has elements that have microtransactions.