Game Freak wants to be more than just Pokemon
22 May, 2019 by rawmeatcowboy | Comments: 19 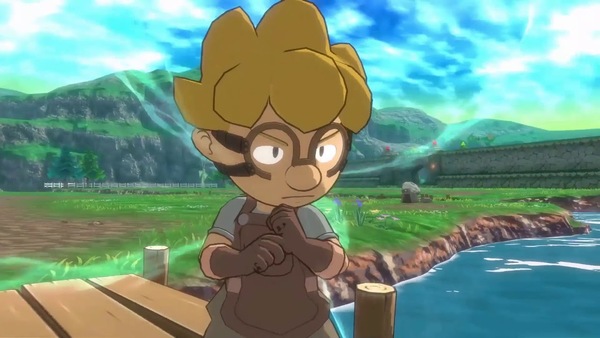 Game Freak programmer and director Masayuki Onoue has opened up about the inner-workings of the company. In an interview with VideoGamesChronicle, Mr. Onoue talked a bit about the two teams within Game Freak. One team focuses on Pokemon, while the other team, named Gear Project, works on new ideas.

“There are two different production teams here, simply named Production Team 1 and Production Team 2. Team 1 is fully dedicated to Gear Project, while Team 2 is for the Pokémon operation. What that means is that Game Freak as a company is prioritising Gear Project, which is production team number one, more than Pokémon in general. We are always trying to create something that is equally exciting, or more exciting than Pokémon.

There is a lot of back-and-forth between Team 1 and Team 2. One of the interesting things is that Team 2, which is dedicated to Pokémon, only knows about specific platforms. So with Team 2, engineers can learn about other platforms that they might not have touched before. By mixing up the teams we are able to create this interesting synergy."

One of the games that came from Gear Project was Giga Wrecker. Onoue was involved directly with Giga Wrecker, and found the project to be quite refreshing.

"Yes, it was a totally refreshing experience when I moved from Pokémon to Giga Wrecker. It’s like a paradigm shift. When you’re a programmer working on Pokémon, you’re one of many programmers. However, as a director on Giga Wrecker the experience opened my eyes to the other aspects of game creation, all the way up to users playing the game. It’s really difficult to expect a programmer to have that kind of perspective, but as director I learned how to make a game more appealing and accessible to players, plus aspects of marketing as well.

As you can tell, Game Freak is looking to do some new and big things with 2019. Onoue opened up about Game Freak's plans for the rest of the year ahead.

"2019 will be very exciting, especially following the Pikachu Let’s Go titles which allowed us to start looking seriously at Nintendo Switch as a platform. That was a very important milestone for us before moving on to the next step. In terms of the number of titles we are releasing this year, it’s happened coincidentally. It’s not like we’re trying to put everything together in 2019 – it just happened.

R&D is a newly founded division which is creating the basic library, which used to be created every single time we made a project. That helps the efficiency of our production for sure. Also, we are looking at what’s going on in the future, from a technical perspective, and that’s something else that we’ve never had before. I think that R&D division will certainly contribute to the future of Game Freak.”

They're about 15 years late for that expansion beyond Pokemon. Especially since every game that isn't a Pokemon over the past five or so years that they've put out have flopped. Does anyone remember Tempo the Badass Elephant or either of the Giga Wreckers? Most don't.

Harmoknight and Drill Dozer are pretty much the only memorable "new" IP from them. Giga Wrecker looks like a bad browser game that runs in Flash and Tempo released on non-Nintendo platforms only.

I'm not opposed to seeing more new IP from GameFREAK, but some care has to be taken with their developments to make sure the games look fun and are fun and to make sure they don't artificially restrict their markets (as with Tempo releasing on non-Nintendo platforms only).

They also made several other ips. Pokect card was it? Then there's Pulseman of course, that's kinda old at this point.

I do agree overall that game freak will stick with Pokemon but they are capable of doing something different if they put their minds to it.

I just hope whatever Town turns out to be changes what people can expect from GameFreak.

What if it has changes people may have wanted for Pokémon?

Honestly, I feel like if Gamefreak would rather work on something other than Pokemon, which to be clear, I don't blame them on, then the Pokemon IP should be handed to another company, at least as a temporary thing to see what they can do with it.

A lot of people have been noticing that the games have been getting getting a bit dull over the years, and honestly, it's probably because, after 20 years, GF's passion is gone, so I'd like to see some young blood take a shot at it.

You're probably right... Developers do want the chance to work on different things from time to time, and I can't imagine what it would be like to be on the same series for that long. Hopefully having side-projects will give them the chance for that variety they want, but won't get in the way of Pokemon Sword/Shield being a good game.

And to be honest, giving another competent studio a crack at Pokemon might be a good idea. It might bring a fresh, new perspective to a series that has been on a long path of stagnation.

The problem though is GameFREAK believes in the "Fleeting Demographic Rule":
https://tvtropes.org/pmwiki/pmwiki.php/Main/FleetingDemographicRule

It basically states that GameFREAK is allowed to recycle content every few years because the original target audience would have outgrown GameFREAK's preferred demographics so GameFREAK is constantly aiming to get new kids introduced on Pokemon where other kids outgrown Pokemon.

Well with Sword and Shield going back to "Game Boy"-styled Pokemon after one generation (VII's Sun & Moon and Ultra Sun & Ultra Moon), here we go again with GameFREAK recycling content.

Do they really though?

When they made the jump to all 3D with X/Y, I specifically remember the director in an interview stating they were very hesitant to move to polygon models over sprites, because they felt models didn’t capture the “Pokémon”-ness that sprites did.

GameFreak also said the aim of pokebank was to make it so people could keep say, the first starter they chose and bring them along into each successive generation of games, and do not want to cut Pokémon because whoever they cut might be someone’s favorite Pokémon.

And they also haven’t changed the cries of Pokémon since the GB days because they feel if they change a cry it won’t evoke the same sense of nostalgia many of their players have for different Pokémon.

None of this sounds like a company who doesn’t believe their fan base will stick with them from game to game.

Obviously, GameFreak wants each new game to pull in new players. That’s an aim almost every developer has with any entry into an established series.

But I think the real situation is, GameFreak feels just as much nostalgia for the series as their most avid fans do, and have no reason to change when they sell so much doing the same thing.

Most players who don’t think Pokémon is challenging enough, etc., are usually the ones who started playing when young and don’t realize the original games were never challenging, at least not if you were older than 11.

None of this sounds like a company who doesn’t believe their fan base will stick with them from game to game.

I can turn this on its head. Pokemon: Let's Go, Pikachu! & Let's Go, Eevee! Those games were especially made not only to get new kids on board, but to bring back people who left the franchise since Generation II. ;)

The two Let's Go! games prove the Fleeting Demographic Rule is in full effect and Sword & Shield going back to "Game Boy" style progression further back up this point since GameFREAK is not building on what Sun & Moon have done being the only generation that didn't have Game Boy progression.

Your conclusion doesn’t make any sense, GameFreak operating under a fleeting demographic rule hasn’t been proven.

Fans will drop off even if companies don’t operate under a fleeting demo rule. It’s inevitable. Remaking yellow is appealing to long-time fans just as much as it is appelaingto players who haven’t played it,

Your confusing re-using old concepts with assuming your old audience is gone.

Ever hear of franchise fatigue? You might know it as:
https://tvtropes.org/pmwiki/pmwiki.php/Main/CapcomSequelStagnation

Basically a game is recycled so much into newer versions, audiences start to get sick of the franchise. You see how sometimes game reviews point out "If you played this past game, then you've already played this new one!" or "This game doesn't do anything different than these other past games."

Yes you can keep appealing to fans by giving them more of what they want, but they eventually will get sick of more of the same and begin to look for something else new. Why do you think Street Fighter V didn't meet the success of Street Fighter IV? V was made to appeal to players of IV right?

No, games don’t equal food, but it was a metaphor.

Sure, there’s sequel fatigue. There’s also eating the same food every day fatigue, but that doesn’t mean I don’t expect my customers to return if I make the same menu everyday.
In the same way, *sequel farigue* =/= *company operating on fleeting demographic rule*

Just because there’s a tvtropes section written up on every possible thing that can ever happen doesn’t mean a company is actively operating with an intention of following it.

GameFreak makes largely the same games over and over. But they also have shown multiple times (as I pointed out in my first post,) that they are actively thinking about how to appeal to long-time fans who have been playing on Gameboy since they were children.

If they were purposefully operating under the fleeting demographic rule as you claim, they would see no need to appeal to long-time fans, as their goal would simply be to replace them.

If anything, this just proves they *arent* operating under the fleeting demographic rule.

I don’t know how to make it any more clearer for you.

Also, Street Fighter =/= Pokemon,
But the biggest reason V failed was because Capcom *didnt* appeal to fans, and instead shipped a half-finished game that chased the e-sports scene and microtransactions on every corner.

Just work with Nintendo, SEGA and whoever owns the rights to bring back Drill Dozer, Pulseman and Mendel Palace/Quinty. That's all I want from Game Freak other than Pokémon.

Imagine a sequel to Drill Dozer on the Switch in 2.5D with HD Rumble to make you feel the drilling motion better than the original cartridge could. Boy, wouldn't that be something. Perhaps if we bug James Turner on Twitter enough they will go ahead and consider it...

Maybe they should have prioritized Town then. They offhand mentioned it and then silence, yet they drip feed Pokemon info all the time

Drill Dozer with HD Rumble would be great on Switch.